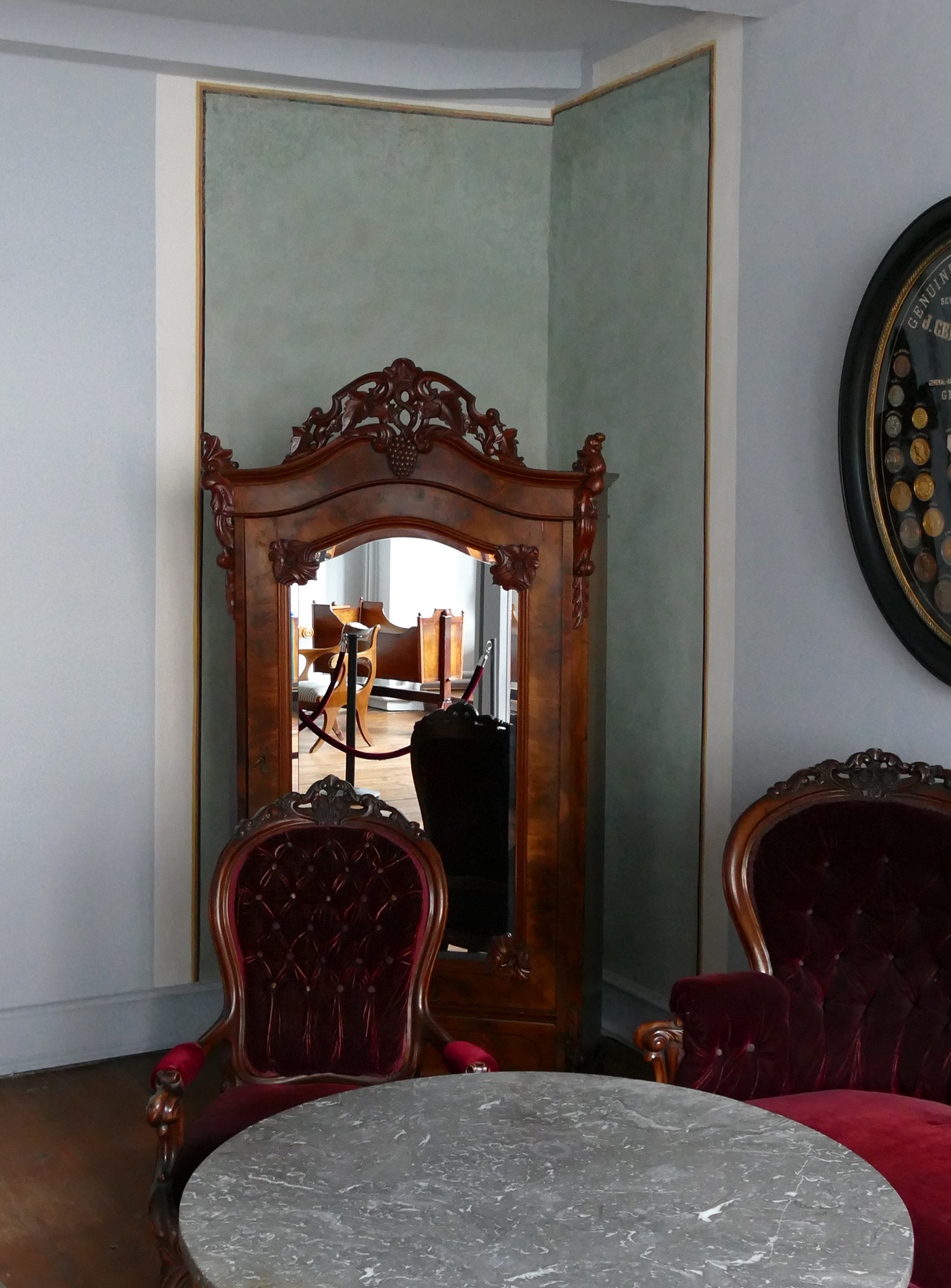 In the 19th century a multi-colored (= polychrome) oven alcove was installed here. The central area in turquoise is framed in black, red and gold (yellow). Probably the owner of the Leisthaus at the time, Wilhelm Wallbaum, had it installed here. The framing is probably due to Wallbaum’s political orientation. In the Vormärz (Pre-March) period and during the revolution of 1848/49, black, red and gold were the colors of liberals and republicans. Wallbaum sympathizes with the revolution of 1848/49 and is involved as a vigilante officer and member of the people’s association.

At the end of the same century, the niche was already being covered again. This may happen at the instigation of Wallbaum’s children Adolph and Friederike. In contrast to their father, both feel connected to the Hanoverian royal house of the Welfs during the time of the German Empire.