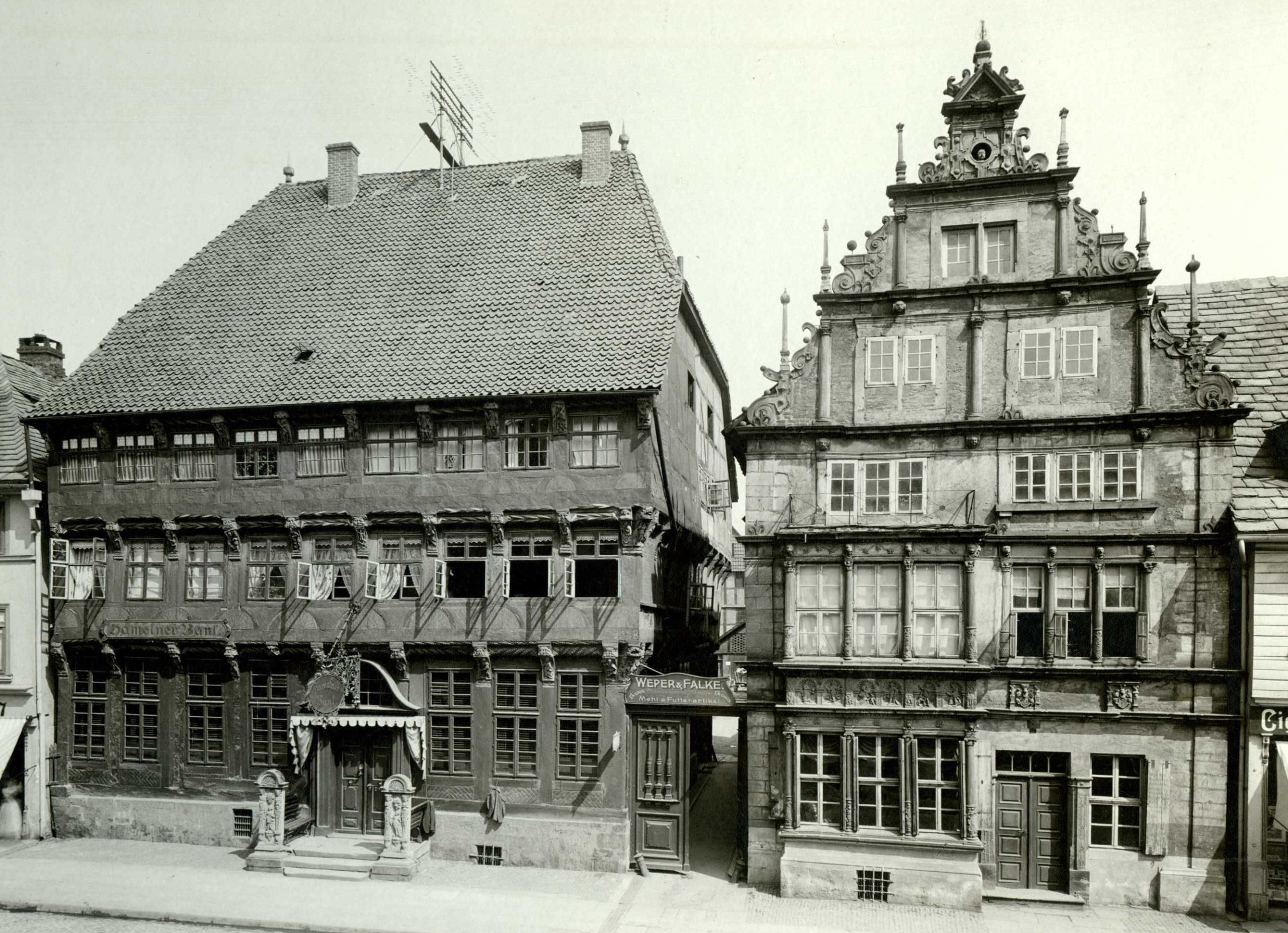 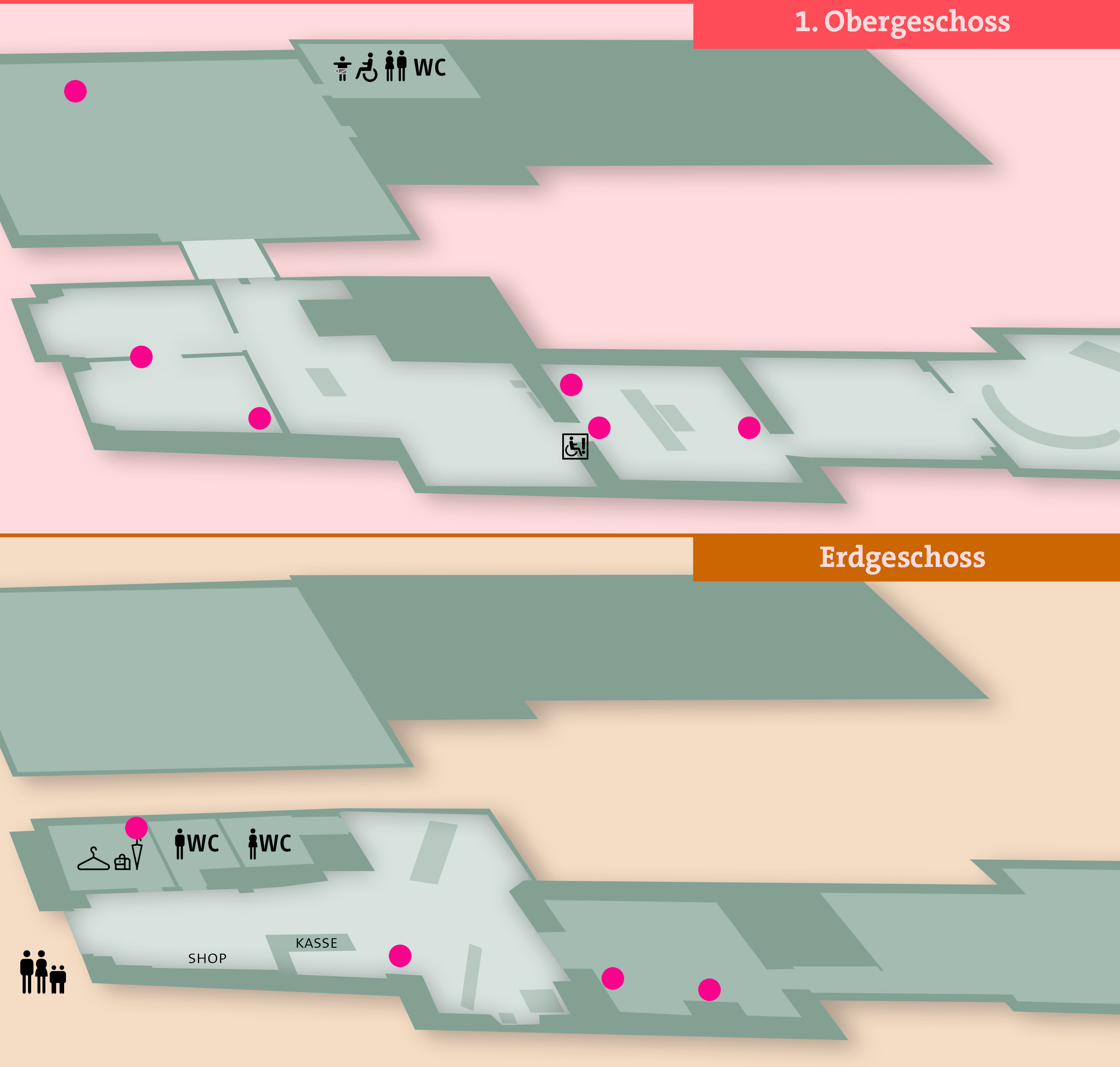 The two largest objects in the Hameln Museum are the buildings in which the exhibitions are housed.

The Leisthaus and the Stiftsherrenhaus, both erected in a prominent location in Hamelin city center, each look back on several hundred years of city history.

The sandstone facade of the Leisthaus was built at the end of the 16th century. However, many areas of the house date back to the Middle Ages.

The Stiftsherrenhaus (= canons‘ house) was built in 1558 and the rich facade decorations testify to the fortune of its builder.

From 2008 to 2011 the museum was extensively renovated. In the course of the renovation work, historical building fabric was exposed in some places in the houses.

At the locations in the museum marked on the plan, these time windows allow a glimpse into the past of the two buildings.