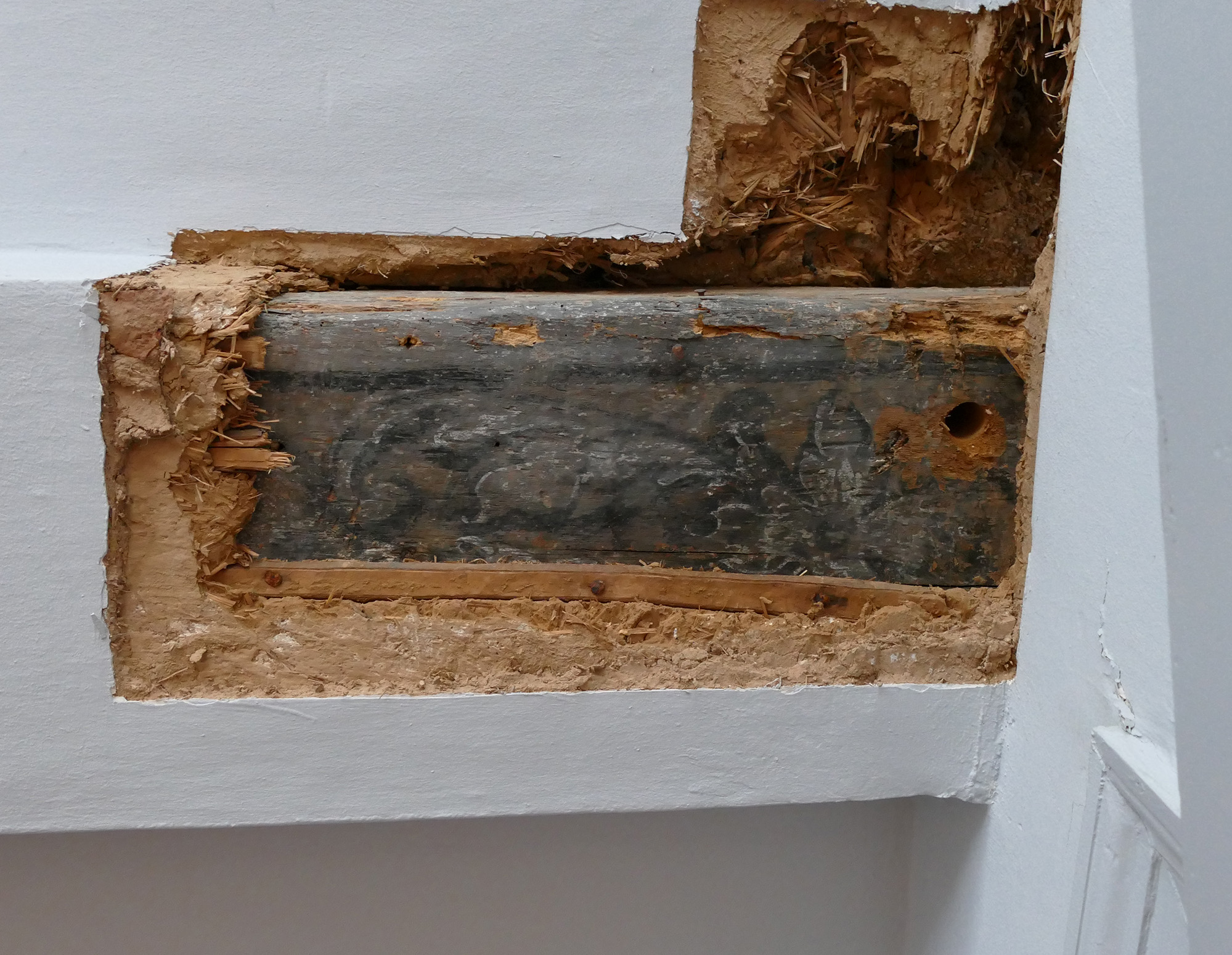 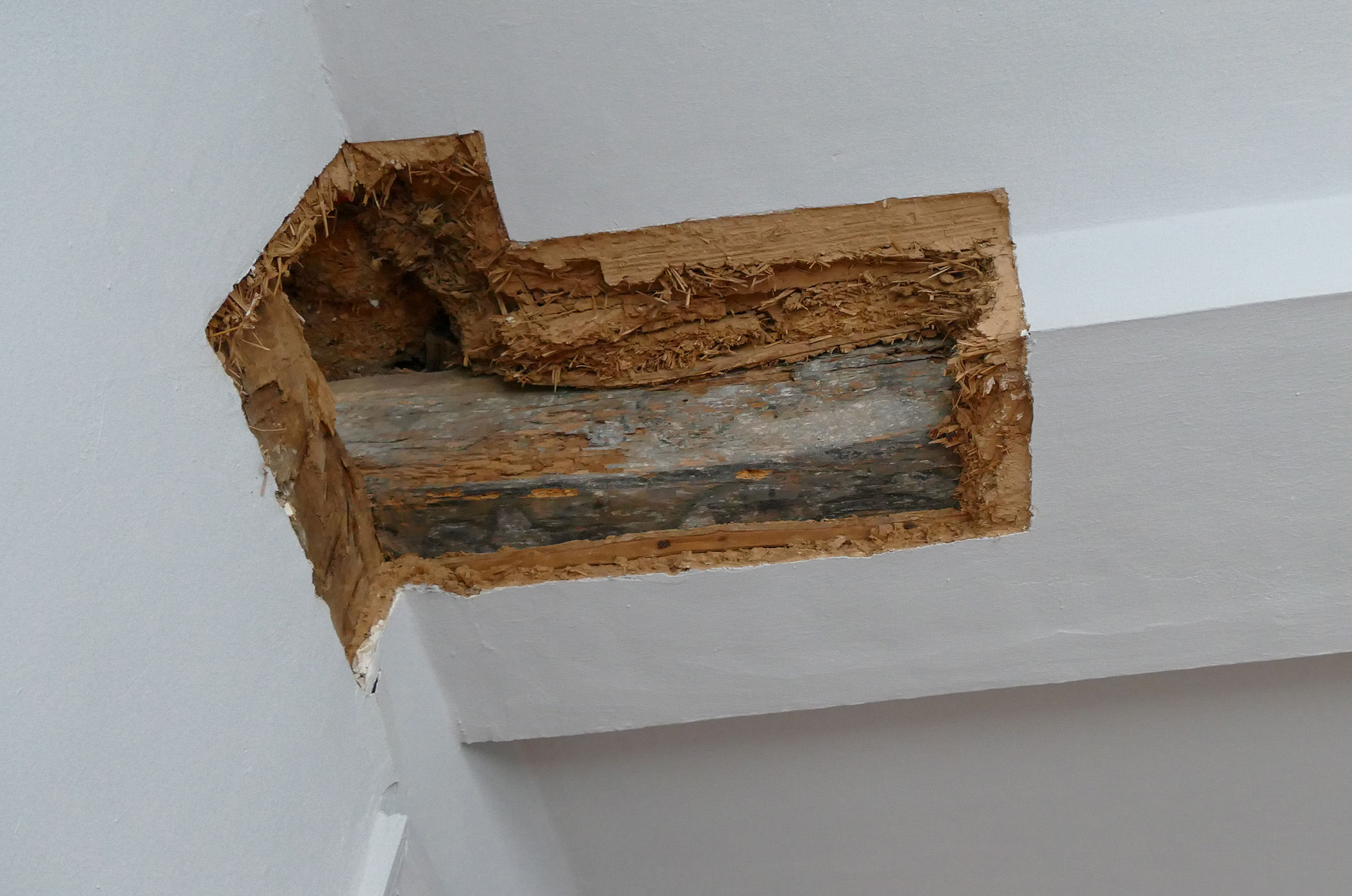 Detail: the beam ist decorated throughout

The ceiling beams in this room, most of which are no longer visible today, have floral patterns in grisaille painting, as can be found on the ceiling of the hallway on the ground floor. This room, too, was probably redesigned at the end of the 16th century on behalf of Gerdt Leist. In all probability it served residential purposes. Perhaps it was also used socially for parties or celebrations. The visible ceiling beams run through the rooms without interruption. There probably was a large Renaissance hall here in the in the 16th century. It was not until the 17th or 18th century that a partition wall divided the hall into two rooms.

Around 1700 the Leist House was again generously renovated. It is not known exactly who carried out these modifications. However, it is known that the Leist-Haus suffered damage during the siege of Hamelin in the 30-year war and lay fallow by the end of the 17th century. Around 1690 it became the property of Jean Descous and later Theodore Rossel. Both belonged to the Huguenots who settled in Hamelin at the invitation of the Duke of Braunschweig and continued their regular business here. In return they were allowed to buy fallow houses in the city like the Leist House. Descous and Rossel each ran a hosiery factory. As a result, they not only furnished apartments in the house for their families but also for the workers. In addition, the entire production of the manufactories was housed in the house. This new use of the building and the previous damage made major renovations inevitable for Descous and Rossel. In the course of this, the renaissance hall may have been separated into two smaller rooms.