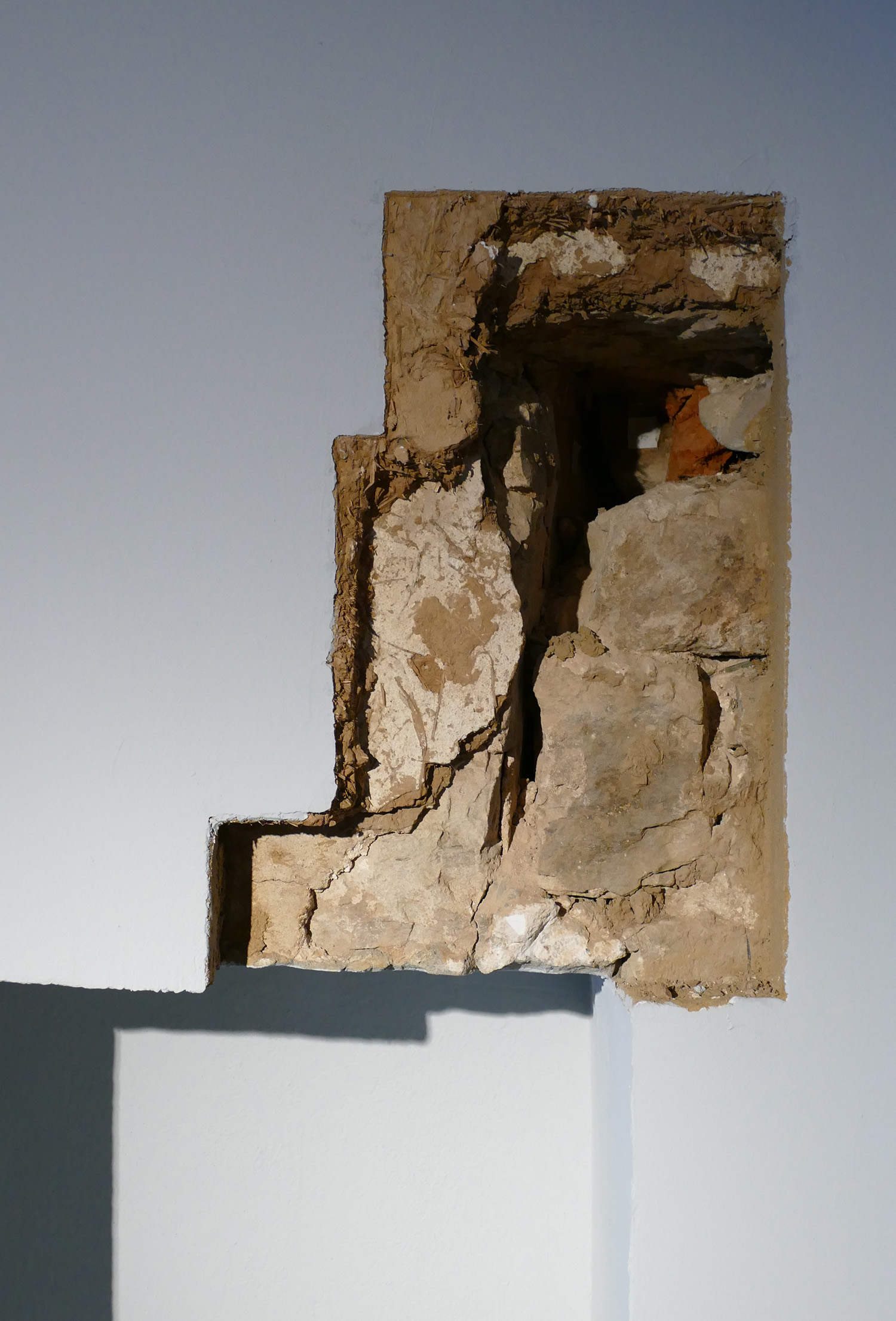 For a long time, this apparent apparent crack in the wall served a basic human need. A closer look reveals that two layers of plaster run across each other. An older layer runs back into the wall. A younger one runs parallel to the wall. There must have been an opening at this point. Since there are no decorations on the older plaster, only dirt, it is probably a former toilet in the Leist house. Since it was apparently above the courtyard behind the building, it could have been a toilet niche.

This construction originated in medieval castles and was increasingly adopted in the urban houses of the upper class. They directed the feces through fall shafts into a lavatory pit or sewer in the ground. Drain pits were common in cities until the 19th century. However, this toilet in the Leist House was not used for that long. It was locked in an early construction phase – perhaps as early as the 16th century.