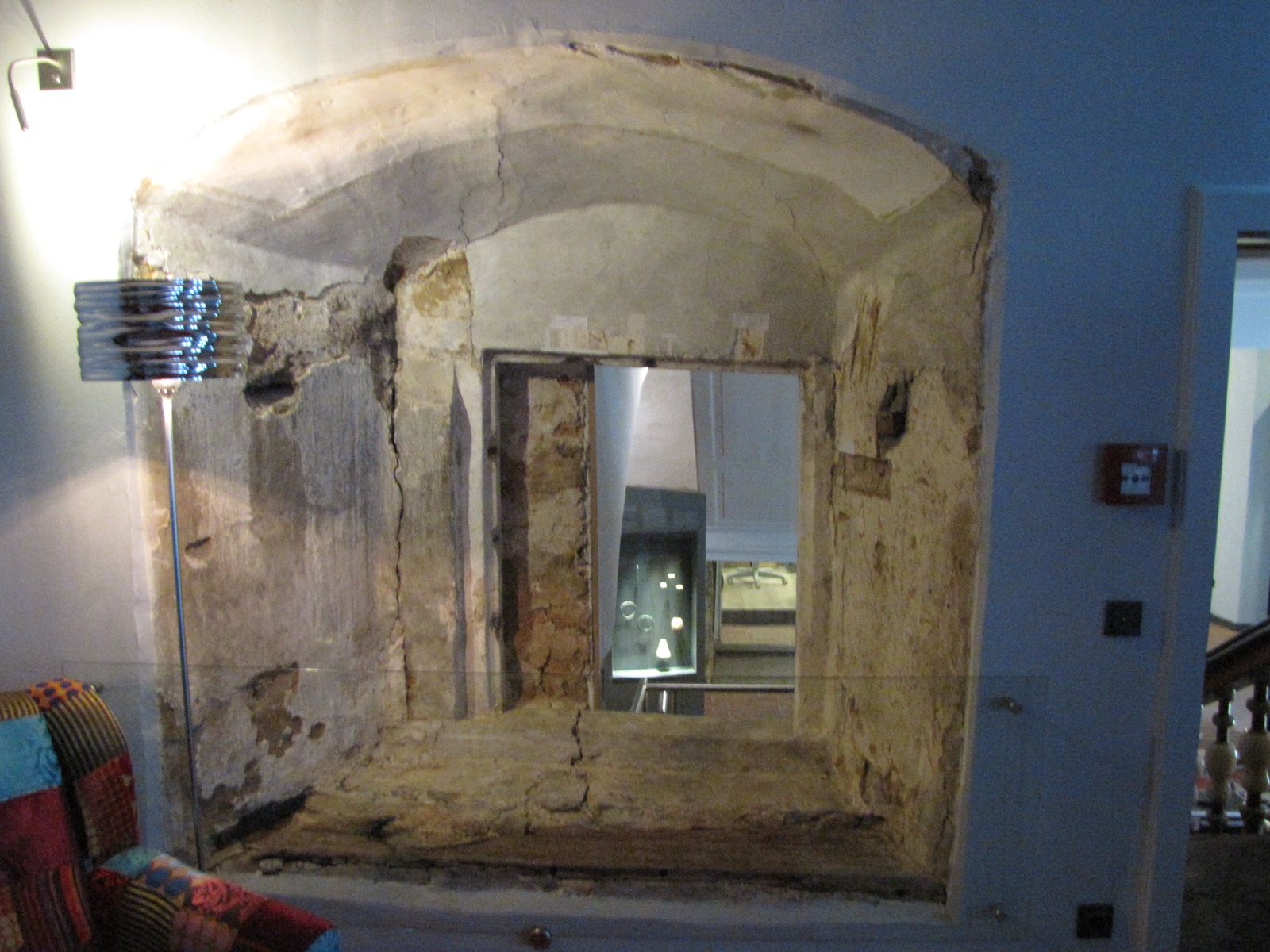 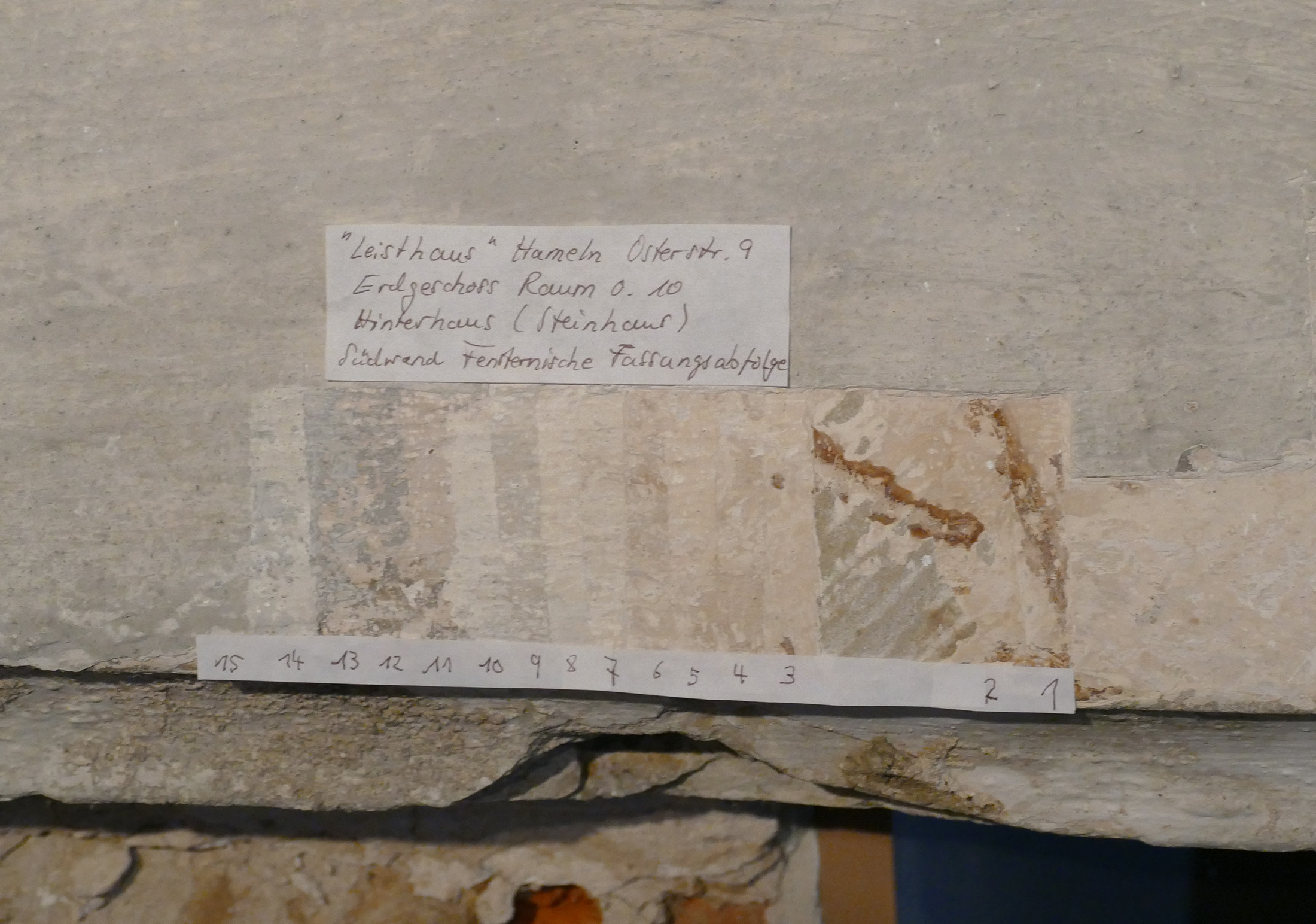 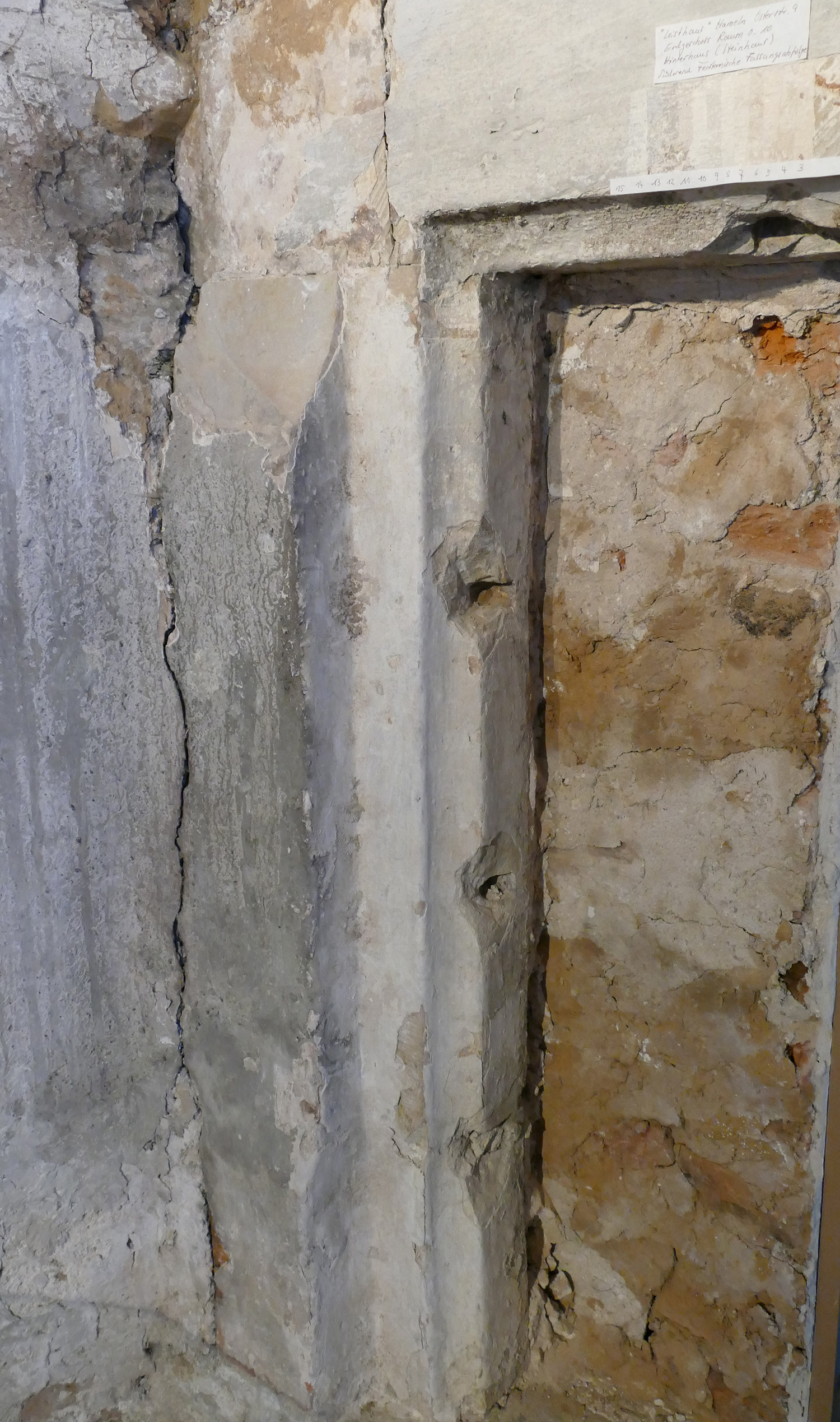 Detail: The holes originate from the tap wrenches that were onse attached to the window

Old window in the rear building

During the restoration of the Leist House, a window came to light behind old museum showcases. It still holds puzzles about the building’s construction history.

The Leist House was built in several construction phases. Many sections of the building were erected and dismantled, only to be rebuilt in the end. This rear building rises in the area of ​​a medieval residential tower from the 11th or 12th century. It was probably used as a stone work for a half-timbered house from the 13th century. Here the residents sought protection in the event of fires, stored food in a cool place or celebrated parties. As early as the 13th or 14th century, when Hamelin became prosperous due to trade on the Weser, the half-timbering of the front building was replaced by a stone house.

However, this window, which is dated to the 14th or 15th century, has a sandstone wall and tap wrench. They were supposed to protect it from wind damage and were firmly attached to the masonry. The window must have faced the outside world when it was created. The rear house was therefore vacant at this point. Perhaps as a result of the dwindling population of Hamelin at the time of the plague in the 14th and 15th centuries, the front building was no longer used and it was therefore torn down. After the city’s population had recovered, the front building was then rebuilt. Since the new walls now covered half of the window, one can assume that the window has been given up. However, there is a wooden plank from 1590 in the floor of the vestments. Obviously, the window – half hidden – is still in use then.