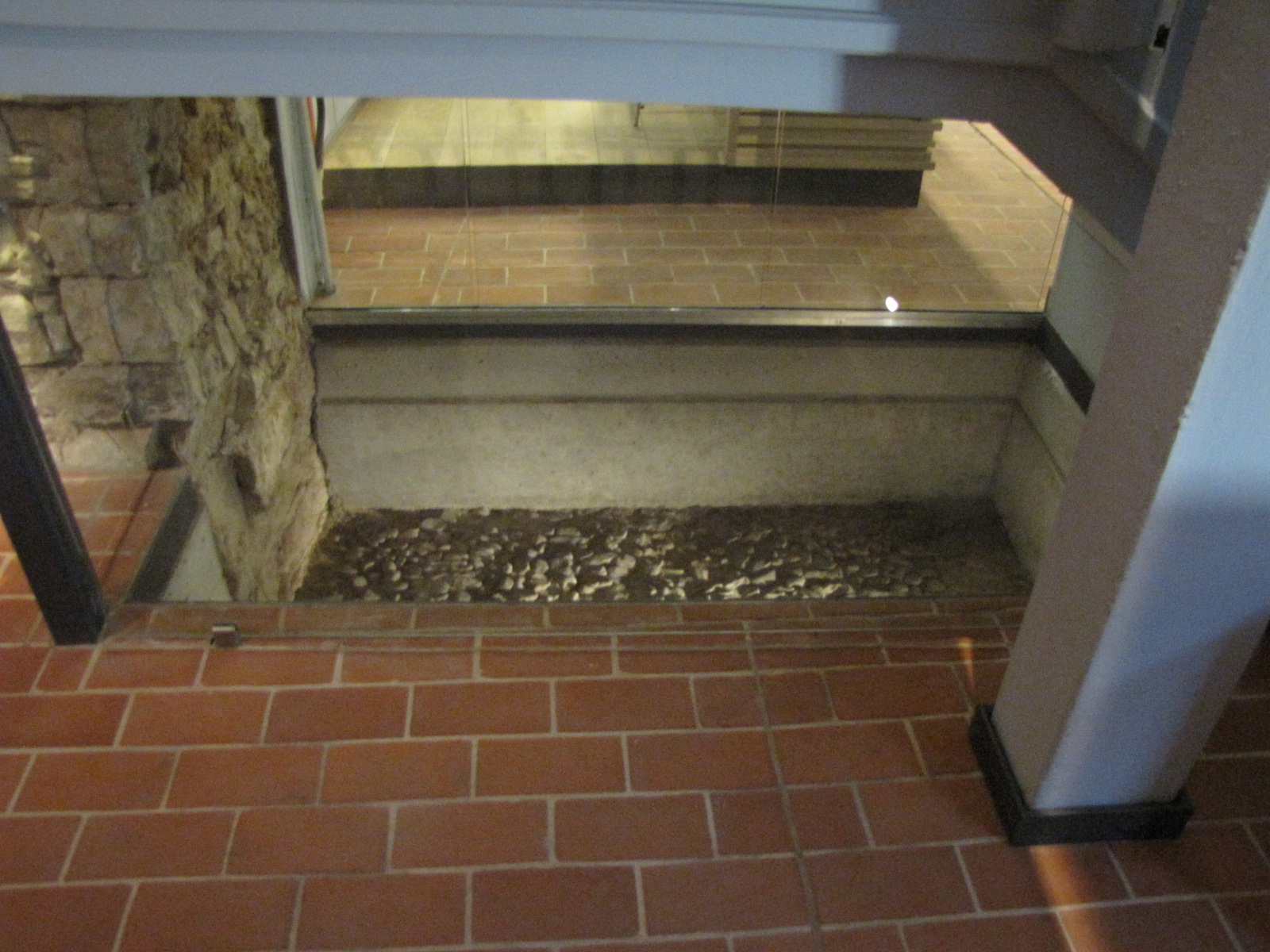 Original floor of the hallway

The current level of the floor in the hall was created by continually adding new fillings and elevations. Further, older floors are hidden beneath it, which bear witness to the various construction phases of the Leist House. The pebble pavement floor visible here was probably built between 1500 and 1540.

At that time, the plank floor had to withstand a lot more than just foot steps. Traces were found in the pebble pavement at the back of the hall. They come from wagons with goods such as grain that could enter the Leist House. The wide portal and its wheel steers, which were supposed to prevent damage from wagon wheels, testify to this. The wagons were probably allowed to have a width of up to 1.5 m. Driving into the hall was necessary in order to be able to use the house economically. The combination of living and working was common in the Middle Ages and also during the Weser Renaissance. The grain merchants and early owners of the Leist house, Hans and Gerdt Leist, had their goods transported across the hall to the courtyard or to the warehouse. For this purpose, Gerdt Leist had the roof of the house removed at great expense in 1589 in order to be able to build a second, low upper floor as a storage facility. Then he carefully put the roof back on. However, this happened after the floor was raised again in the middle of the 16th century.

However, the old floors of the Leist house also bear witness to the dense juxtaposition of work and living in another way. As is customary for hall houses, the floors have remains of open fireplaces in several places. They usually show up as orange-red bricked areas. So there was also cooking in the hall. There is evidence that a closed kitchen was not built in the Leist house until the 19th century.