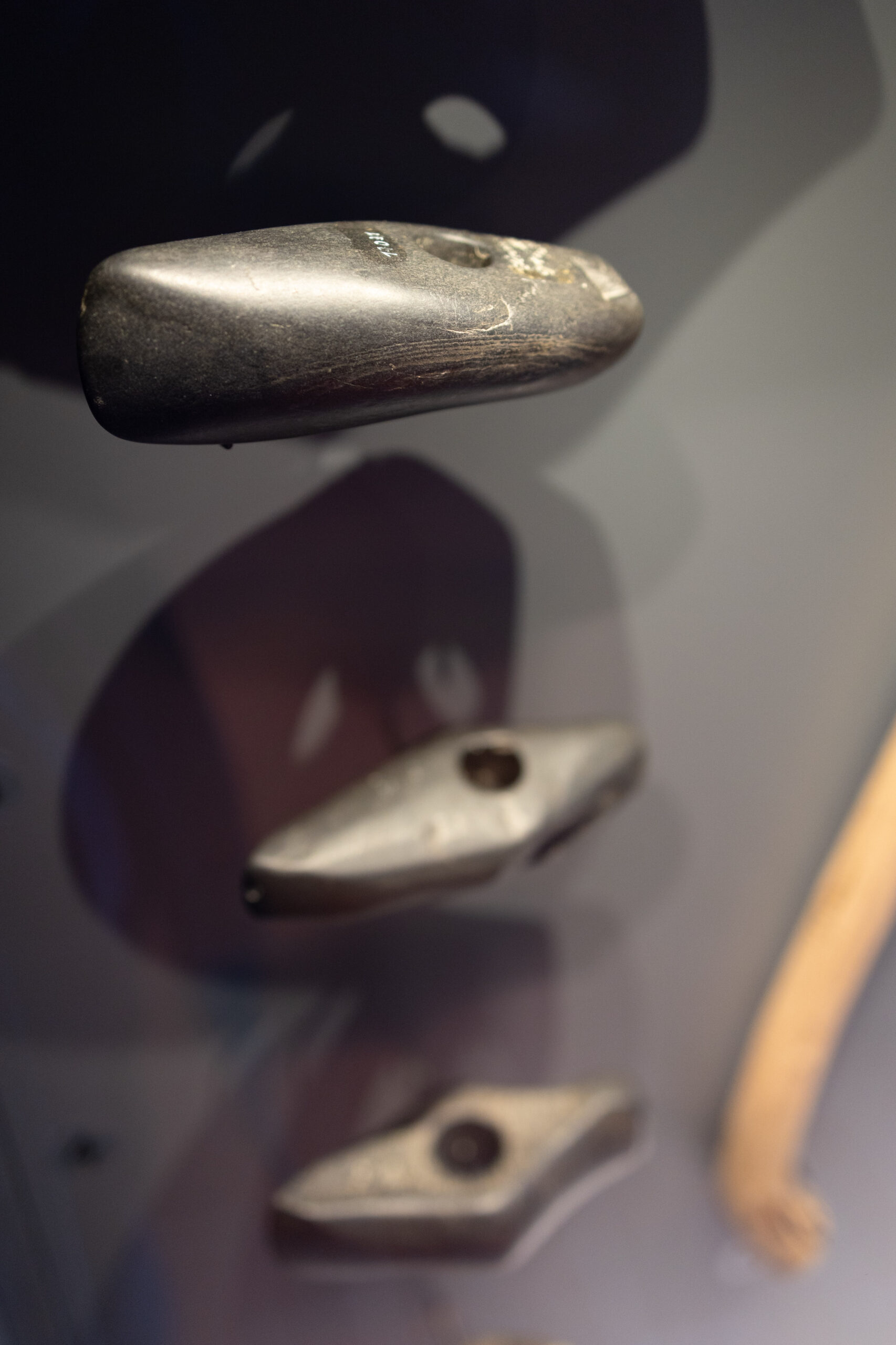 The very special shape gives this Jutland battle axe its name: boat axe. Such axes date to the end of the Neolithic and are 4500-4300 years old. These tools are typical for the so-called Single Grave Culture.

This type of axe belongs to the group of Jutland battle axes. The cutting edge is not sharpened and shows no signs of wear. It is possible that the axe was never used for practical purposes.

The surface of this axe is processed rather unconventionally: In addition to the polished surface, it is provided with bevel facets. Such axes are assigned to the Corded Ware Culture. They are particularly widespread in western central Germany.

The symmetry between the cutting edge and the nape is characteristic of this concave axe. This type of axe belongs to the so-called Jutland battle axes and dates to the Middle Neolithic.

Axes come in different sizes. It is difficult to say what such particularly small axes are used for. The worn cutting edge, however, shows that it is being used extensively. The axe may have been re-sharpened.

The axes are drilled through to allow easy assembly of a handle. However, the drilling itself is time-consuming. The stone is pierced with special tools using simple rubbing effects and pressure. So far there is insufficient archaeological evidence for rock drilling machines.

Danube axes are associated with several Neolithic cultural groups. 7000 to 5000 years ago, such axes were used across almost all of Eastern and Central Europe and parts of Scandinavia. These axes are all made from non-local rock. It is not possible to retrace how they got to the Weser Uplands. These types of axes are among the oldest stone axes.The left axe has a flat neck and is probably also used as a wedge. Such axes are therefore also known as broad wedges.

This ax is very finely polished. The edges of the upper and lower long sides are beveled (bevel). As early as 1835, this piece was discovered by chance at an unknown location near Hameln. Here, too, the non-local material suggests that the ax did not come from the region.

Making an axe takes a long time. Not all axes that are started will be finished. The reasons for this cannot always be identified. With this oval axe, the rock has already been brought into the required shape and the surfaces slightly smoothed. However, the cutting edge is still blunt and rounded. The perforation has been started but not very far.