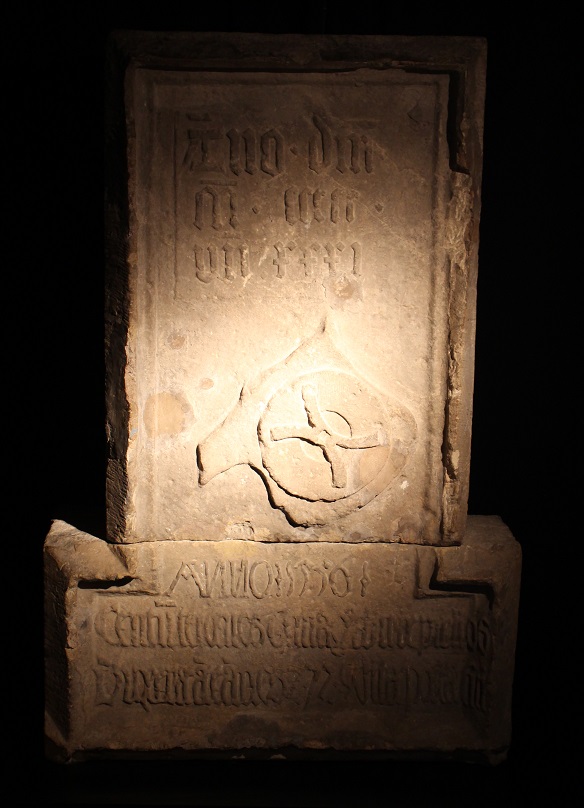 The stone is the oldest surviving sculptural evidence for the legend. Dating from 1556, it augments an older building inscription from 1531 at the New Gate. The upper stone relates to the new construction of the gate and displays the Hamelin coat of arms, the millstone. The inscription on the lower stone bears the clue to the child kidnapper. Is it a boundary stone to ward off the expected return of the Piper around 1580? Or was the stone laid so to speak for the purposes of tourist publicity? The 18th century inscriptions in any case provide material for new calculations: by subtracting 272 years from the upper stone (1531), one gets the year 1259 as the date of the kidnapping of the children, the year of the Battle of Sedemünder.