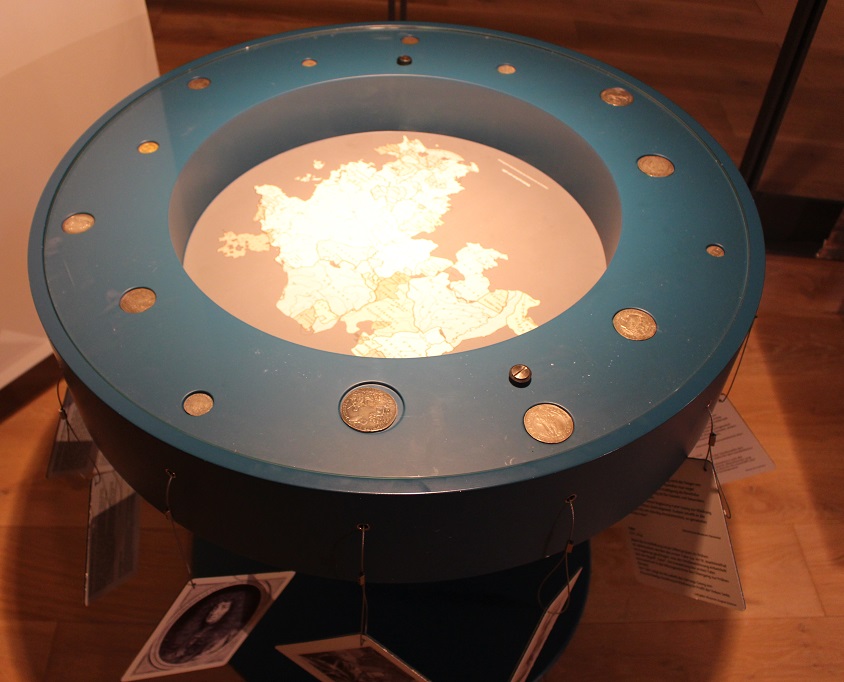 The City and its Lordship

Since the Middle Ages, Hameln has basically been running itself administratively. With the Reformation, they expand their position. Now the Council also organises church affairs. Accordingly, the duke issues the city new rights, but demands high financial returns for this favour, due to his own pressing money problems.

Long term though, the duke’s power increases. He successfully creates and raises numerous city taxes. He increases his influence in Hameln through his representative, the bailiff.

The Thirty-year War and its outcome weakens Hameln’s financial and economic strength. There are complaints about the Council’s administration. The duke intervenes, using everything to his advantage to gain more power. At least by the time Hameln is a fortified city, the duke’s political position overrides all others. An official Decree of 1688 forces the Council to restructure, bringing the city administration under the closer control of the dukedom again. 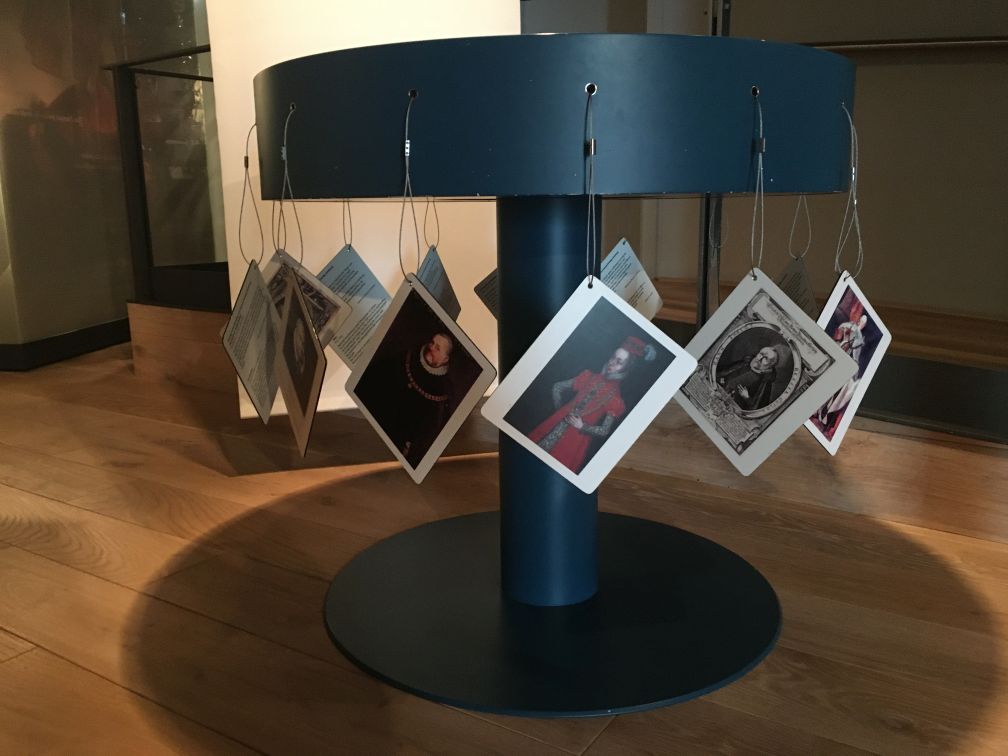 Duke Erich I of Brunswick-Lüneburg, Principality of Calenberg

As Duke of Calenberg-Göttingen, Erich the Elder was the sovereign of Hamelin. His military ventures and local feud over the dominion of the Bishop of Hildesheim exceeded his financial means. He was reliant on tax allowances from the Landstände. The influence of the cities, including Hamelin, grew.

The Körtling shows the four-part coat of arms of the Principality of Calenberg-Göttingen. The Groschen was a typical small coin in everyday use, similar to the modern cent piece. It had its origins in the 14th century and is said to have been first beaten in Göttingen.

Through skilful manoeuvring, the Duchess had secured the regency for her underage son Erich II. From 1540 to 1546, she attempted to implement the Reformation in Calenberg with the help of her theologians. She also supported Hamelin in introducing the Lutheran creed. However, she couldonly thereby increase her influence over the city to a limited extent: In Hamelin an independent Lutheran city church was established which was placed under the control of the council.

Duchess Elisabeth did not reign in her own name, but as the guardian of her son Erich II, who was not yet adult. A representation of the Virgin Mary with the Christ child was stamped on the Mary Groschen in the year 1543. The Mary Groschen was used until the mid-16th century in large parts of north-west Germany.

After his reign began in 1546, Erich II attempted to reverse the introduction of the Reformation. He finally failed, like his father, due to his dependence on the cities: In the face of ever increasing debts, among other things for his construction projects, he became reliant on tax allowances and payments from the cities.

The effective independence of Hamelin from its sovereign reached a high point in 1554, with the required mortgaging of the Bailiwick, which in fact was in accordance with sovereign law in the city.

The Mary Groschen from the time of Erich II shows the Calenberg coat of arms comprised of four parts. Two leopards signify the Guelph state of Brunswick, and the rising lion symbolises Lüneburg, also of the Guelphs. The Mary Groschen was a common coin in the 16th century and especially typical for this region.

Following the death of Erich II, the Principality of Calenberg-Göttingen fell to the line of Brunswick-Wolfenbüttel in 1584. Duke Julius consistently tried to extend his own power. The old special privileges of the city, however, were as previously confirmed. The Duke nevertheless indicated that this should only apply to lawfully gained privileges, in contrast to previously. Little changed in concrete terms, however: As previously, the sovereign was reliant on the tax revenues of the cities – and these did not flow automatically, but had to be renegotiated each time.

“Lichttaler” is so to speak the nickname for the thalers of Duke Julius of Brunswick-Wolfenbüttel. A so-called “Wild Man” with a burning candle is to be seen. The Wild Man was a legendary figure and in the Early Modern Age, symbolised the overcoming of nature and the development of natural resources.

Heinrich Julius continued the politics of his father Julius. The rights of the cities were further limited. The Duke attempted to concentrate jurisprudence and administration in the palace court and princely office more than previously. Hamelin had to pay large contributions for the maintenance of its army of mercenaries.

The silver “Sterbetaler” originates from the reign of Duke Heinrich Julius of Brunswick-Wolfenbüttel. The eleven-part coat of arms refers to the association between the territories belonging to the Principalities of Calenberg-Göttingen and Brunswick-Wolfenbüttel. All states retained formal independence in the dominions placed together and were only connected by the person of the prince.  This was expressed in their coats of arms.

Duke Friedrich Ulrich first had to struggle with the disorderly finances in his principality. The Duke achieved a breakthrough in 1614 against the “Landstände” in the tax question, however: Firstly, instead of case-by-case basis tax decisions, permanent tax obligations were implemented. This particularly meant for the cities, including Hamelin, a tangible loss of political weight.

The Mary Groschen from 1628 shows on the front side the monogram “FV” with a crown. It stands for the sovereign Friedrich Ulrich.

During the 30 Years War, economic conditions worsened dramatically. Mint authorities and dishonest mint masters used the adversity for their business: The metal value of the coins strongly depreciated.

Through the distribution of the Guelph estate of 1635, the victor at Oldendorf in Hessen and “liberator” of Hamelin now even became the sovereign of Calenberg. The tribute as formal recognition of this position was associated with especially high costs for Hamelin.

George used the few years of his reign to reinforce the centralised power of the sovereigns. In addition, he created the basis for a so-called “standing army” that was constantly prepared for action.

After the development of new silver mines in the early 16th century, the first thalers were stamped in St. Joachimsthal in the Erz Mountains, among other things. The term “thaler” developed from the place name. The introduction of the first thalers signified the transition to the Early Modern Age in coin history.

The thaler shows a bust portrait of Duke George of Brunswick-Lüneburg wearing armour in left-side profile.

The eldest son of Duke George reigned in Calenberg from 1641, and in the Principality of Lüneburg from 1648. During his reign, enemy troops invaded Calenberg one last time. Hamelin also experienced the threat, but avoided a renewed attack.

After the death of his uncle Duke Friedrich, Christian Ludwig took over the government of the Duchy of Lüneburg. He left Calenberg to his brother, George Wilhelm. A “Wild Man” is illustrated on the thaler. The thaler was minted in the dominion of the line of Lüneburg: The Wild Man carries the tree in his right hand. On the thalers of the line of Wolfenbüttel, the tree is held in the left hand.

George Wilhelm was the second son of Duke George of Calenberg. He was the sovereign of Hamelin from 1648 to 1665. Thereafter he took over the administration of the Principality of Lüneberg. George Wilhelm mediated a contract in Hamelin on the position of the city’s canons: They remained independent of the municipal authorities and exempt from quartering.

Following the beginning of the reign of his brother Christian Ludwig in Lüneburg, George Wilhelm took over the Principality of Calenberg in 1648. The medallion shows symbols of devoutness and justice. The Duke wished to express his system of government with these motifs.

The medallion was more representational and decorative and less a means of payment – it is very unwieldy and too large for money wallets.

The third son of Duke George ruled over Calenberg from 1665 to 1679. Though himself Catholic since 1651, he accepted the Lutheran beliefs of the people in the state. He also confirmed the old city privileges – but only insofar as they did not impair his sovereignty. During his reign, the first development of Hamelin as part of the regional stronghold of Hanover occurred in 1666-1670.

On the thaler, a palm tree on craggy rock in the sea can be seen. The one-third thaler of Duke Johann Friedrich was thus also called the palm tree thaler. The palm symbolises strength and resilience.

Robert and Nicolas Bonnart, after 1692

Next to Ernst August lies the newly won electoral hat. Through skilful approaches to the Emperor he succeeded in obtaining the ninth electorship for his Guelph family in 1692. The Hanoverian Guelphs thus now possessed the right to elect the Emperor.

In 1688, Ernst August used an internal city dispute in Hamelin to intervene: He redesigned the city constitution and bound all important offices to his legitimation and supervision. As a result, Hamelin lost not just a small part of its political independence.

A bust portrait can be seen of Duke Ernst August with flowing locks and wearing armour.

The thaler was also teasingly called the “nosebleed thaler”. Due to a stamp rupture under Ernst August’s nose, it looked on some coins as if he had a nosebleed.

King George I of Great Britain and Ireland

In 1714, George Ludwig was the first Guelph to ascend the British throne – as King George I.  This was preceded by a skilful manoeuvre by George Ludwig’s mother Sophie at the end of the 17th century: The English Parliament accepted her line of succession as being of prime importance to prevent a Catholic successor.  On the actual succession to the throne of George I, the Hanoverian Guelphs completed a steep rise to the apex of a great power.

The King remained very devoted to his Principality, however. George’s efforts to improve shipping on the Weser were important for Hamelin.

The silver medal shows a portrait of King George I. It recalls the coronation of the Hanoverian Prince George Ludwig as King of Great Britain in 1714.

A medal was not a means of payment, but was awarded as a form of distinction.

George II was very devoted to his Principality, which he visited twelve times.  Britain’s status as a world power demanded his tribute. Though George II as the Prince of Hanover could choose to remain neutral in the Austrian War of Succession, it was not so in 1756. In the interest of England, he allied himself with King Friedrich II of Prussia in the Seven Years War (1756-1763).  The Principality of Hanover thus also fell under the gaze of the enemy powers – and along with Hanover, the regional stronghold of Hamelin.

In daily exchanges, gold coins such as these were very seldom used for payment.

From 1760, George III reigned as the successor of his grandfather George II. He was the first Guelph on the English throne who felt wholly British. His interest in his Principality of Hanover, which he never visited, was correspondingly small. The state experienced an economic upturn due to the connection with England, but was also drawn into the Napoleonic Wars. For the stronghold of Hamelin, this meant occupation by the Prussians and French.

The one-third thaler shows Saint Andrew with his icon, the x-shaped Cross of Andrew. Saint Andrew is the national saint of Scotland and his picture, like that of many saints, is frequently used on coins. This coin was stamped in Clausthal, one of the largest mints in the Early Modern Age: There were very large discoveries of silver in the Harz region at this time.