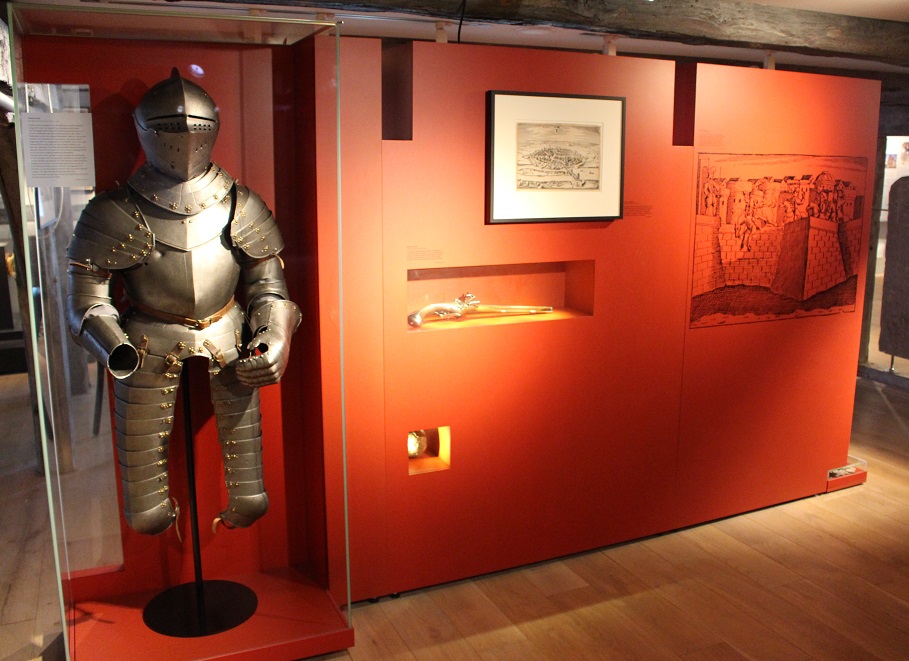 Trot armour was used until the mid-17th century and was typical of the armoured cavalry in the Thirty Years War. It is less comprehensive, especially at the arms and legs, than the full-plated suit of armour of the Late Middle Ages. It was thus much lighter and allowed more movement – a great advantage when facing the firearms now in use. This type of three-quarter suit of armour was worn by the heavy cavalry, the cuirassiers. The absence of a lance rest indicates that the armour was worn by a cuirassier lancer. He was armed with a heavy cavalry lance.

The armour is complete except for the right glove. It has recently been decorated with embossed rosettes made of non-ferrous metal, and at the same time parts of the armour fastenings have also been repaired. The band-shaped decorations, which resemble a commissioned officer’s sash, are unusual.

The indentation on the breast plate was not received in battle, but is the result of a firing test. The quality of the armour was checked using a handgun at close range.

Pistols such as this simple wheel lock pistol were among the typical weaponry of the cavalry in the Thirty Years War. A Cuirassier pistol-man was equipped with such a weapon.

The weapon was fired by a mechanism whereby a steel gear wheel produced an ignition spark.

The copper engraving by Merian portrays the city of Hamelin during the Thirty Years War. The fortifications are clearly recognisable, especially the new ravelins: the sharp-angled bulwarks placed in front of the gates. The inner city is rather schematically reproduced. Characteristic buildings are nevertheless highlighted: bridge, churches, town hall and mills. 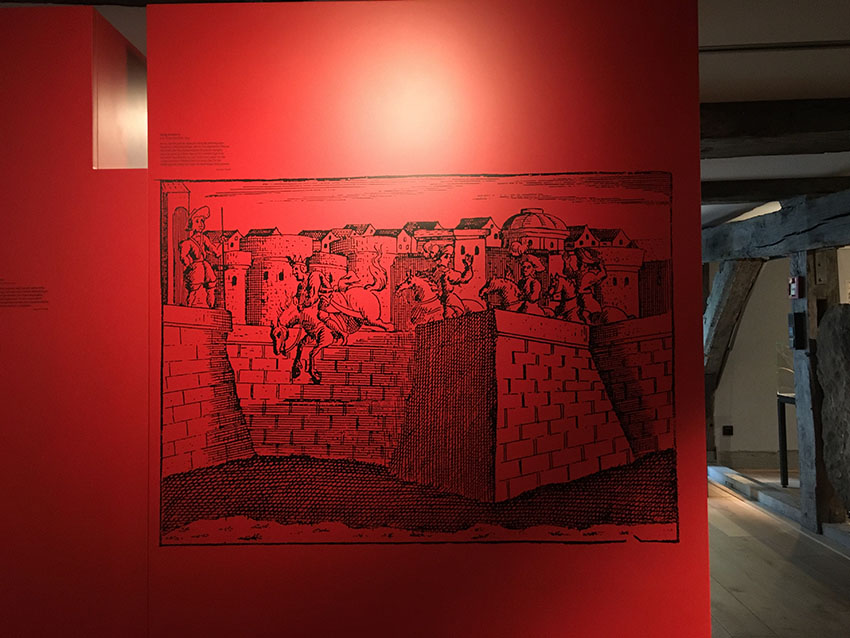 On 14th July 1625, the Danish King was to visit Hamelin’s fortifications on horseback. Because he missed a covered opening, or a raised parapet caved in, he fell so badly that he was not fully conscious for a number of days. The accident was later seen by the contemporary public as a portent of the defeat of the King at Lutter am Barenberge (1626). 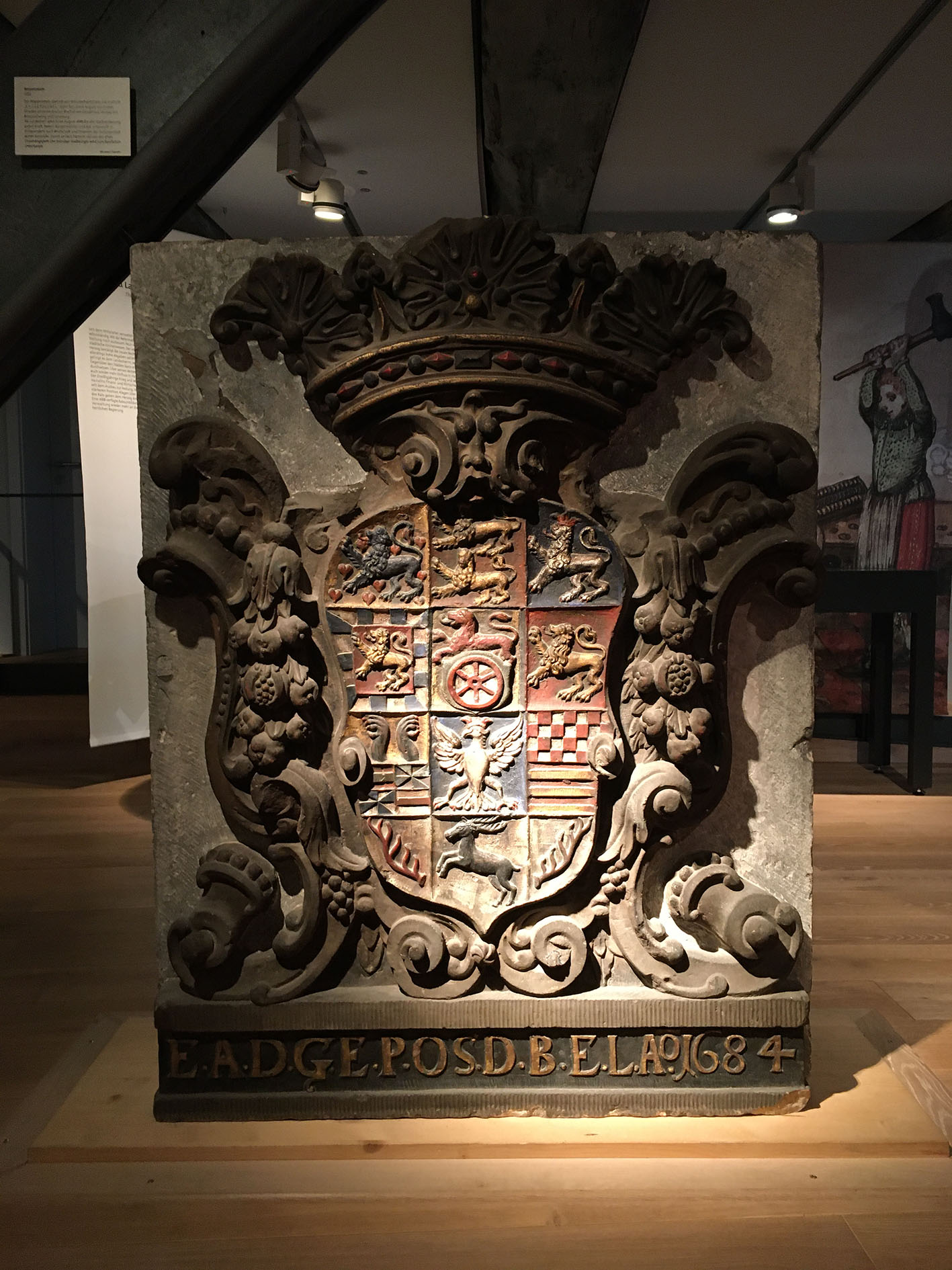 The stone coat of arms comes from the registry office.  The inscription “E.A.G.D.E.P.OS.D.B.E.L.” stands for: “Ernst August by God’s grace Protestant Bishop of Osnabrück, Duke of Brunswick and Lüneburg.“

As sovereign, Ernst August suspended the old city constitution in 1688. In addition to the mayor and council, in particular he also subjected the economy and finances of the fortified town to his control. Hamelin thus lost much of its old independence: The autonomous town citizen became a royal subject.