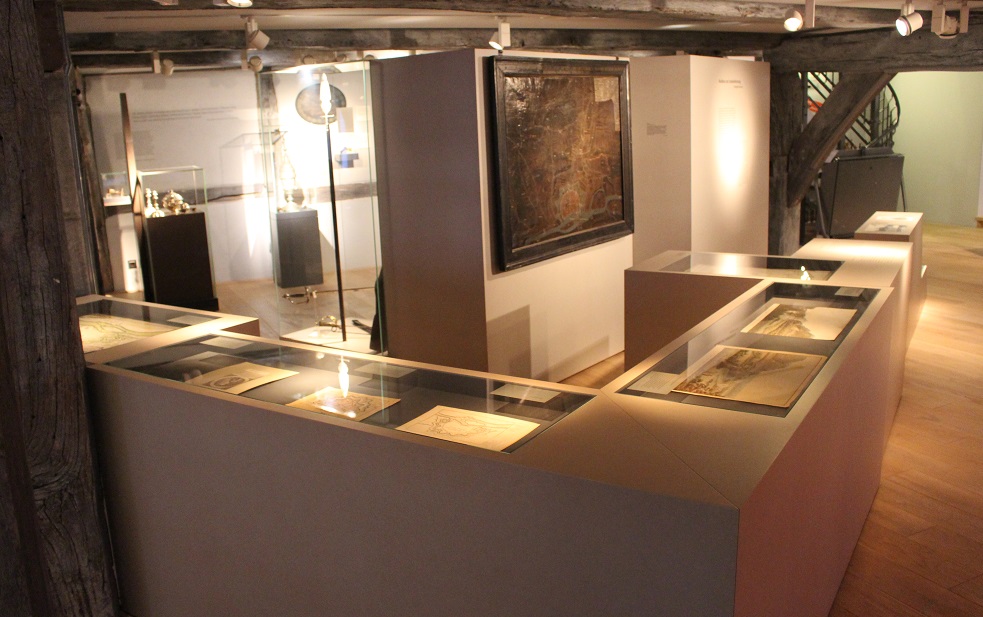 With the war, Hamelin’s military position and role become clear. Duke Georg Wilhelm orders the city to be fortified. Between 1664 and 1670 a star-shaped group of ramparts and moats are built around the city. These constructions serve to defend not only the city, but also the whole surrounding area. The protection of the city and its fortresses are taken over by soldiers of the dukedom. The citizens are left without any military rights. The only right they still have, is practising their shooting skills at the yearly shooting contest.

The House of Welf continues to gain power and importance. The dukes become electors, which entitles them to take part in choosing a king. They eventually become kings and queens themselves, of Great Britain. In 1714 this results in Hameln becoming a major military outpost. Soon Hamelin feels the effects. The city and surroundings become the showplace for the Seven Year War, where the world’s political disputes are fought over and settled. The French Revolution breaks out and eventually leads to the end of Hamelin. In 1808 Napoleon gives the command and the city is completely destroyed.

If Hamelin should come under siege, they would do better if they evacuated their women and children first to a different place. As far as I’m concerned and in my humble opinion, I cannot imagine that the French would want to besiege Hamelin so long as the allied army is still intact and in its present condition. If however they suffer the misfortune of being struck by the French, thereupon it may well be that the French will impose a siege. If the word is true that the Russians are in retreat, the clever French generals will less likely think of besieging Hamelin, but instead it may well, indeed certainly would, happen that the King of Prussia would detach an army to Lower Saxony, whereby supplies and retreat routes would be cut off for the French if they were to engage in the Weser hills.

The fortress of Hamelin was also thus forced to surrender on 23rd July 1757. The garrison capitulated. They were able to withdraw freely, and the French accompanied them to Hanover. […] On 2nd August 1757, the breaking loose of chairs and stools from the market church in Hamelin and manufacture using boards, bed-frames and other pieces of apparatus began. Around Hamelin, as in many other places, the fields so richly blessed by God have been foraged so the inhabitants have harvested nothing, and the damage sustained by the city of Hamelin in this year to its gardens and fields alone amounts to one and a half tonnes of gold. […] The good city of Hamelin has not only previously but also in this war, like many other cities in the land, been hit hard by its enemies.

This odd painting shows the Hamelin city area outside of the development as a regional stronghold, including surfaces lying right around the city. With its reproduction of individual land plots, it appears like a field map.

Many Hamelin citizens possessed land and gardens all around the city.  They had to hand them over for construction of the fortifications. Even the fields and gardens remaining to them were felled and cleared for the purposes of defence, so that attackers could find no cover.

The technical drawing shows the area outside of the fortifications. Paths and hedgerows are recognisable in exact detail. The significance of the red squares is no longer known.

Below in section, the construction of the ramparts can be seen and their extension over the area. This was a mighty, landscape-changing building project.

Fort George and Weser Valley (from the west)

In the background of the picture on the right, the Klütberg can be seen. Major reshaping is recognisable in the fortress structures. The idyllic Weser landscape stands in contrast to this with barges, livestock at the trough and a pensive angler. On the left-hand side lies the city of Hamelin with its small island.

Fort George in the Weser Valley (from the south)

At the end of the 18th century, the artist Wilhelm Strack created numerous views of the Weser Valley at Hamelin. In addition to realistic landscape representations, they are marked especially by their lively portrayals of people.

This colourful copper engraving shows a view to the north into the Weser Valley: on the left is the fortified Klütberg, on whose riverbank side the observer is located; to the right lies the city of Hamelin. In the foreground, a scene with a gallant officer and two ladies is represented.

The plan shows the condition of the fortification of Hamelin around the mid-18th century. The inner city is only schematically represented. The plan concentrates on the star-shaped ring fortifications. Outside the old city walls there is now a broad main wall with eight protruding, pointed bastions. Outside of that is the ditch, broadened to 60-90 metres with a number of triangular fortifications (ravelins). Placed outside this ditch is a second, lower outer wall around which the Hamel flows.

General von Schöler was commander of the fortress of Hamelin during the last siege in 1806. From 1805, the city was occupied by the Prussians. Only a year later, a French army again approached. The fortress was subjected to a state of siege, but only held out from 7th to 21st November. The surrender was made with an understanding of the political and military power relationships. It was seen by many patriotic observers and a proportion of soldiers as a dishonour and betrayal by the officers.

At first, the townspeople were obliged to accommodate soldiers in their houses. Only a few city officials, including the mayor and councillors, were spared from the billeting. The close cohabitation often led to conflicts.

At the end of the 17th century, barracks were built to accommodate the troops. However, these barracks were only adequate for housing some of the soldiers. The others received “living expenses” and had to find their own quarters. The barracks at Langer Wall were also used temporarily for the accommodation of soldiers for the admission of the Huguenots in 1690.

In 1808, Napoleon gave the order for demolition – that is the complete destruction – of all fortifications lying behind his troops, who had pushed forward far into the east. Hamelin was also thereby affected. Over a thousand workers were occupied with the removal of the walls, including many farmers from the area.

The shovel blade was found near the fortification foundations in the location of the underground garage of today’s Pied Piper Hall. 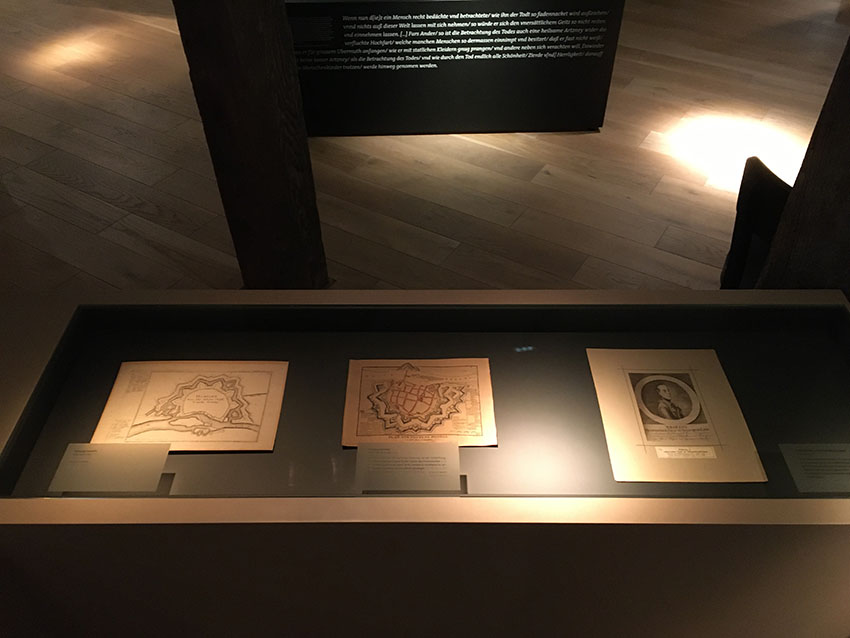 The plan reflects the condition of the fortifications before demolition, that is before their complete destruction by French occupying forces in 1806. It appears in the History of Hamelin by Friedrich Sprenger.

Count Wilhelm I of Schaumburg-Lippe

During the Seven Years War (1756-1763), Graf Wilhelm was the General Field Marshal of the Principality of Hanover. As such, he suggested the fortification of Hamelin on the Klütberg in 1760. This lies opposite the city on the other side of the Weser. The Klüt fortress was built, consisting of a number of individual forts. 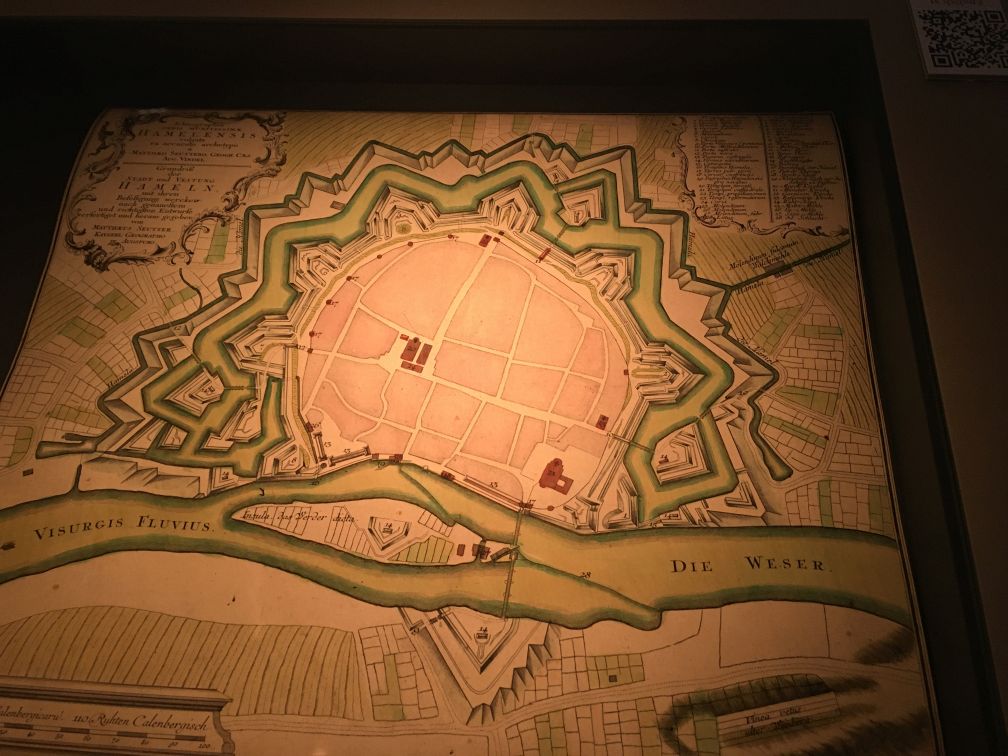 The city and fortress of Hamelin, © Museum Hameln

The plan shows the condition of the fortification of Hamelin around the mid-18th century. The inner city is only schematically represented. The plan concentrates on the star-shaped ring fortifications. Outside the old city walls there is now a broad main wall with eight protruding, pointed bastions. Outside of that is the ditch, broadened to 60-90 metres with a number of triangular fortifications (ravelins). Placed outside this ditch is a second, lower outer wall around which the Hamel flows. 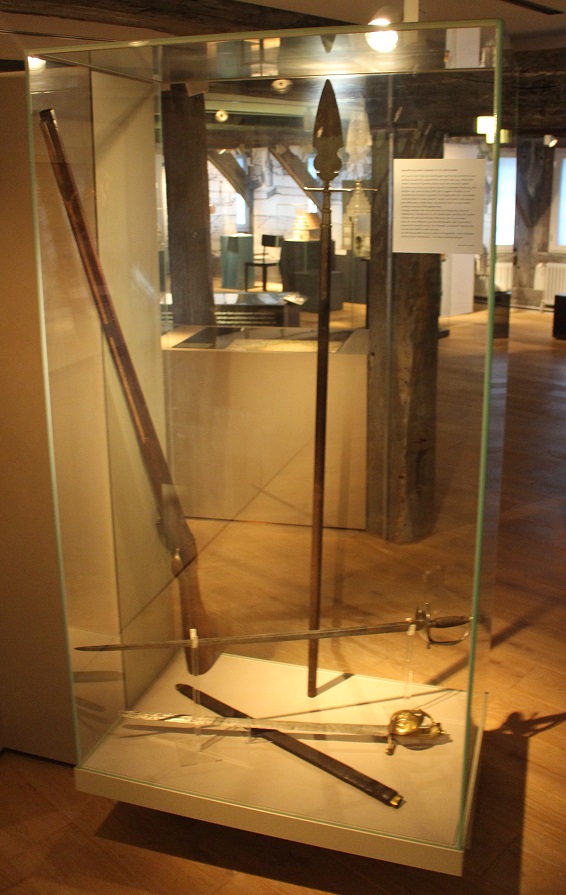 Weaponry of a soldier in the 18th century, © Museum Hameln

Weaponry of a soldier in the 18th century

During and as a consequence of the Thirty Years War, permanent armies were created, so-called “standing armies”. Whereas in earlier times the individual soldier had to provide his own equipment, clothing and weapons were now centrally procured. The troops thus gained a uniform appearance. The main weapon of the foot soldier (infantryman) was the rifle. In contrast, swords and sabres were reserved for the officers; they were used not only as weapons, but also as insignia.

A musket with bayonet and a wall gun are shown here.  The wall gun is a muzzle-loader and has a high calibre with corresponding impact. It is so heavy that it must be rested on a parapet or stand to be fired.  A “Ravelin 10” stamp proves the use of the weapon in the fortifications.

A spontoon – a half-pike similar to a halberd – and two infantry swords are examples of officers’ weapons.

The plan shows the ring wall system of fortifications and the city of Hamelin around the mid-18th century in diagonal view.  The exact technical drawing of buildings and streets is the first “correct” city map of Hamelin.

The basis of Persson’s work was the result of complete resurveying of all the land, as well as the maps and plans of the fortification builders.  Land borders, individual houses and the economic use of land surfaces in the city are true to scale and clearly reproduced.  The plan furthermore shows the entire extent and configuration of Hamelin’s fortifications. 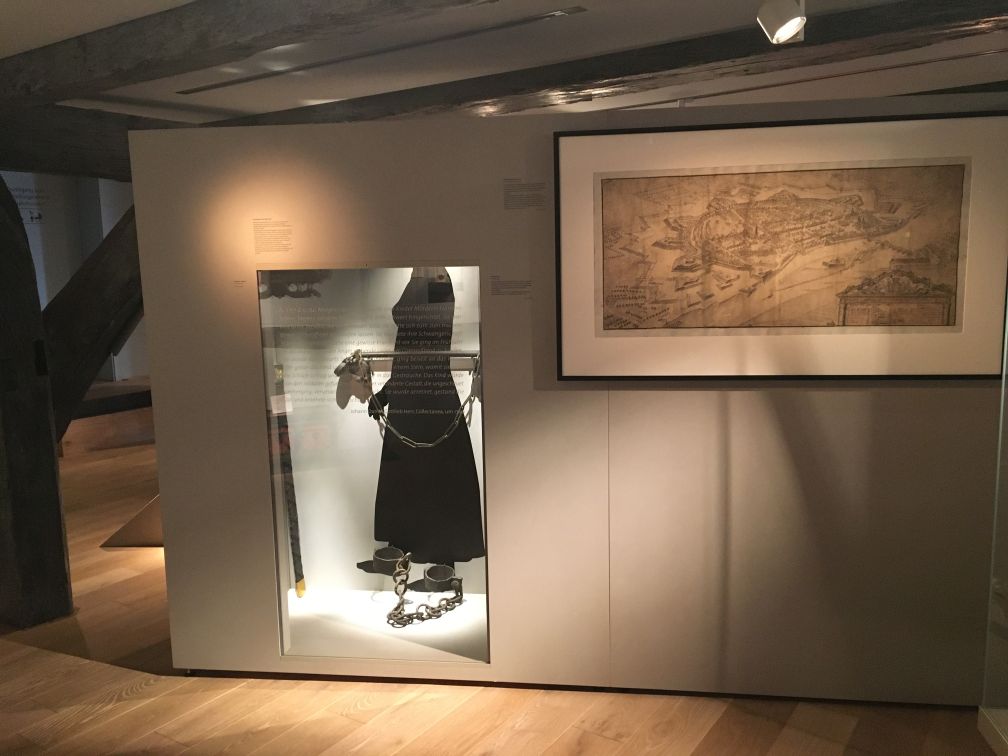 If an unmarried woman became pregnant, this represented a catastrophe. She had no social care and was ostracised. Life as an unmarried mother was hardly possible.

Child-murder as an act of desperation was the consequence. The law recognised no mitigating circumstances in such cases. On the contrary: The legal code of Emperor Carl V from 1532, in principle still valid, named child-murder as an especially disgraceful crime. In all cases, it was to be punished by death. Child-murderers were therefore also hanged in Hamelin.

In the second half of the 18th century, however, the Enlightenment led to a discussion among the learned about this punishment. More strongly than before, existential fear and desperation in those affected were seen as mitigating circumstances.

From 1729, Wilhelm Göpel was an executioner in Hanover responsible to the Principality of Calenberg and thus also for Hamelin. Engraved on the blade of his executioner’s sword is a representation of Lady Justice as the embodiment of justice.

The sword comes from the Haspelmathsch Collection, which is one of the sources of the museum’s collection.