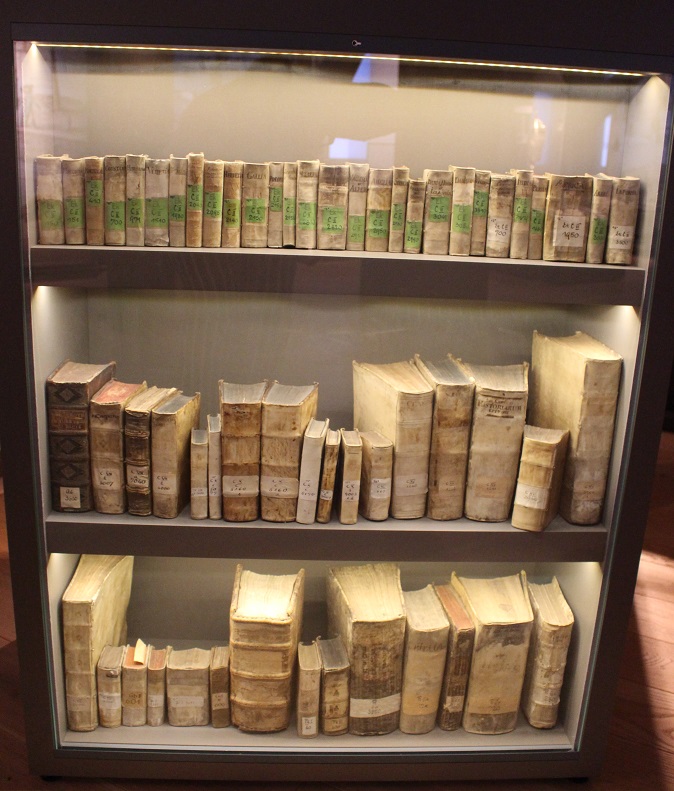 Life Behind the Lines

Living in a fortified city, the citizens have to get used to the constant presence of soldiers. Many soldiers are quartered in private homes. Life at such close quarters often causes friction. This becomes a bigger problem as the idea of a home as the family’s private retreat develops.

Of course local businesses profit greatly from the military presence. On the one hand they meet the personal needs of the soldiers, on the other hand the garrison is constantly placing new and lucrative contracts.

In the meantime the dukedom’s sphere of influence increases greatly, especially in the economic sector. The road to Hanover is expanded and improved, at state expense. In 1734, the Weser sluice is put into operation. To create a more lively economy, the duke introduces limited rights to the guilds and local agencies, as well as imposing new taxes and customs duties.  They serve mainly to fill up the treasury though.

Already in the Middle Ages there was a monastery school in Hamelin, which later became the collegiate school. There has been a library there at least since 1488. It is accessible not only for members of the foundation, but also for members of the city council, for citizens and their studying children.

The oldest books in this library, preserved today, date from the 16th century. Today’s Schiller High School takes over the library in 1897. After the end of the Second World War, the British military government merged the school library and city library.

Today the approximately 15,000 volumes are in the Hamelin City Library. 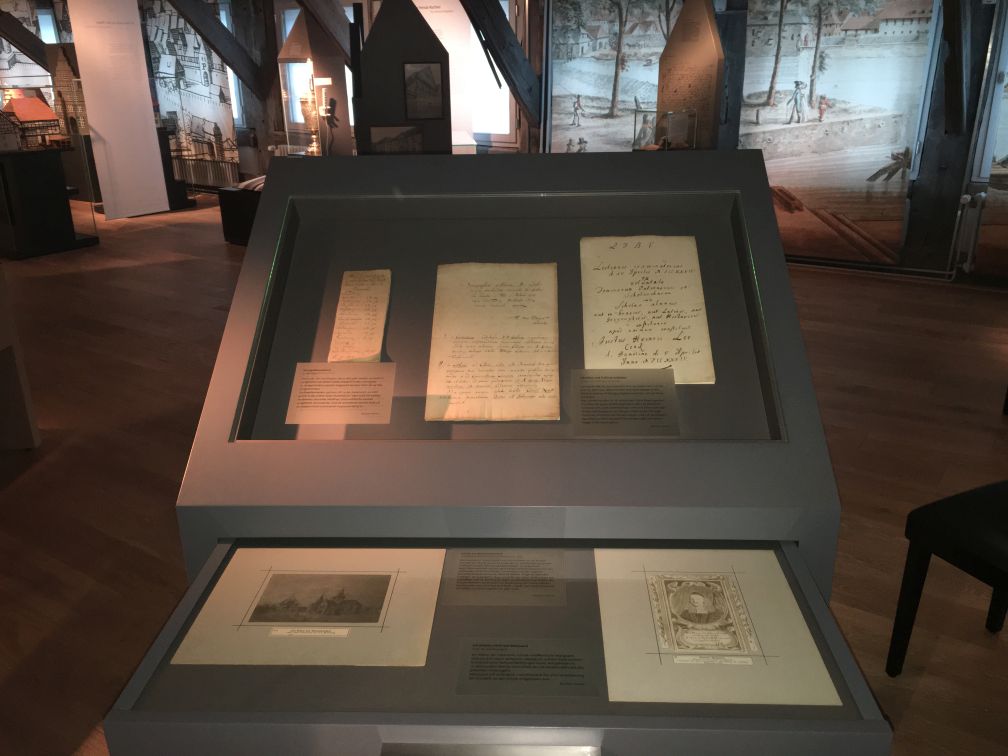 The old school and cathedral

Following the Thirty Years War, fives classes were established. The teachers were sworn in by the council and their teaching was supervised by Lutheran pastors. The pupils were taught the Christian religion according to Lutheran doctrine, primarily in Latin. However, it seems that there were repeated disagreements between the council and teachers over the curriculum and pupil discipline.

The children in the five classes in 1670 are listed by name. They paid different school fee rates – it is still unclear why. In total more than 24 thalers were collected.

The family names are often well-known, right in the first line is “Hurlebusch”, but Striepling, Woltemate, Brunotte, Matthias, Leist and Reiche are also listed. At the end of the list is stated how much money for example the choirmaster received and how much in total was left.

Leo describes what content should be taught in the semester from 29th September 1733 to 25th April 1734. The formulated examination questions refer to this curriculum.

Clear rules were set for teachers in the 18th century: They should set a good example through punctuality and not behave with envy or animosity towards each other. They should furthermore ensure appropriate behavíour among the pupils and, for example, prevent them from frolicking in the churchyard or taking a knife into the church.

according to an illustration by Kroseberg, 1832

The Hamelin school had its origins in a monastery school. At the end of the 15th century, the city council attempted  to extend its influence over educational matters. According to Luther and Melanchthon’s model, the instruction of young people had special significance for the reformation church. As head preacher from 1540, Rudolf Moller ensured that instead of the old diocese vicars, a qualified teacher, Bernhard Lüder from Minden, was appointed as headmaster of the school. The teachers’ pay remained disputed by the council against the diocese – even after the conversion of the diocese to the Reformation in 1576.

As headmaster of the Hamelin school, Marquard published a poem in praise of the city of Hamelin in Latin in 1675. Spontaneous humanistic poems of this kind belonged to the 17th century curriculum and the fun of learning.

Marquard is also said to have been emphatic about improving discipline in the school.