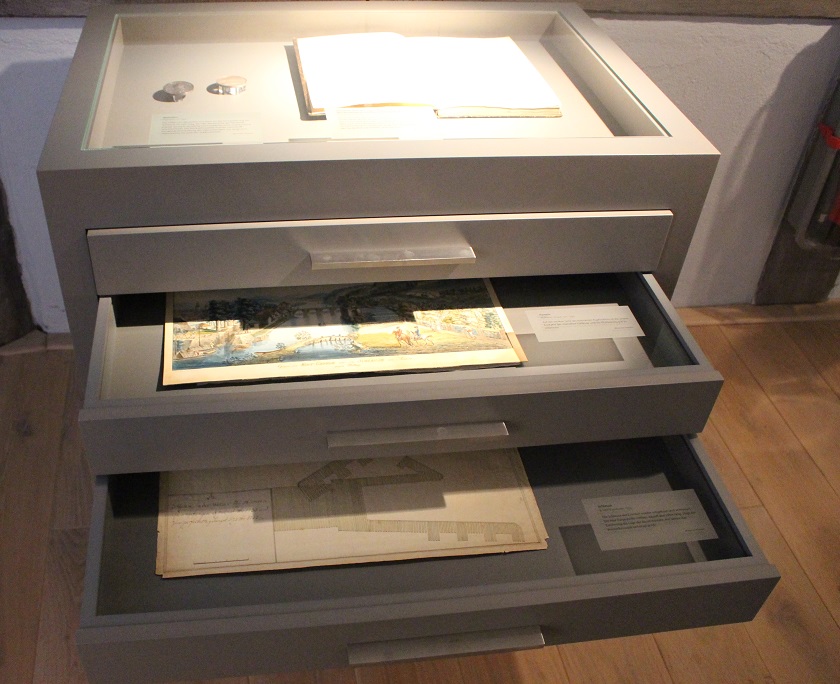 The silver medals commemorated the completion of the locks in 1734. On the front side of the medal, George II is resplendent as King of Great Britain and Prince of Hanover. The reverse side praises the resuming of trade on the Weser in an inscription. It shows a simplified view of the city of Hamelin.

The sovereign was the driving force in street construction in the 18th century. The building of fortified highways, the boulevards, served the purpose of the rapid movement of troops, but also the trading of goods. One of the first boulevards in the principality connected the royal seat of Hanover with the regional fortress of Hamelin (today’s B 217).

Layout of the first Hamelin lock

The locks were constantly renovated and improved. The reconstruction represented here lasted for three years. Does the illustration show the position of the tree trunks with which the waterworks were secured?

The technical drawing by Busmann was clearly used in discussions for planned changes. In the key, the steps already taken and those still under consideration are precisely shown.

An exactly cut piece of paper could be raised in the locks. This demonstrates the lengths to which the Hamelin city council had to go in making the locks less dangerous. The present condition is visible beneath this.

The drawing has been authorised with the seal of George III. 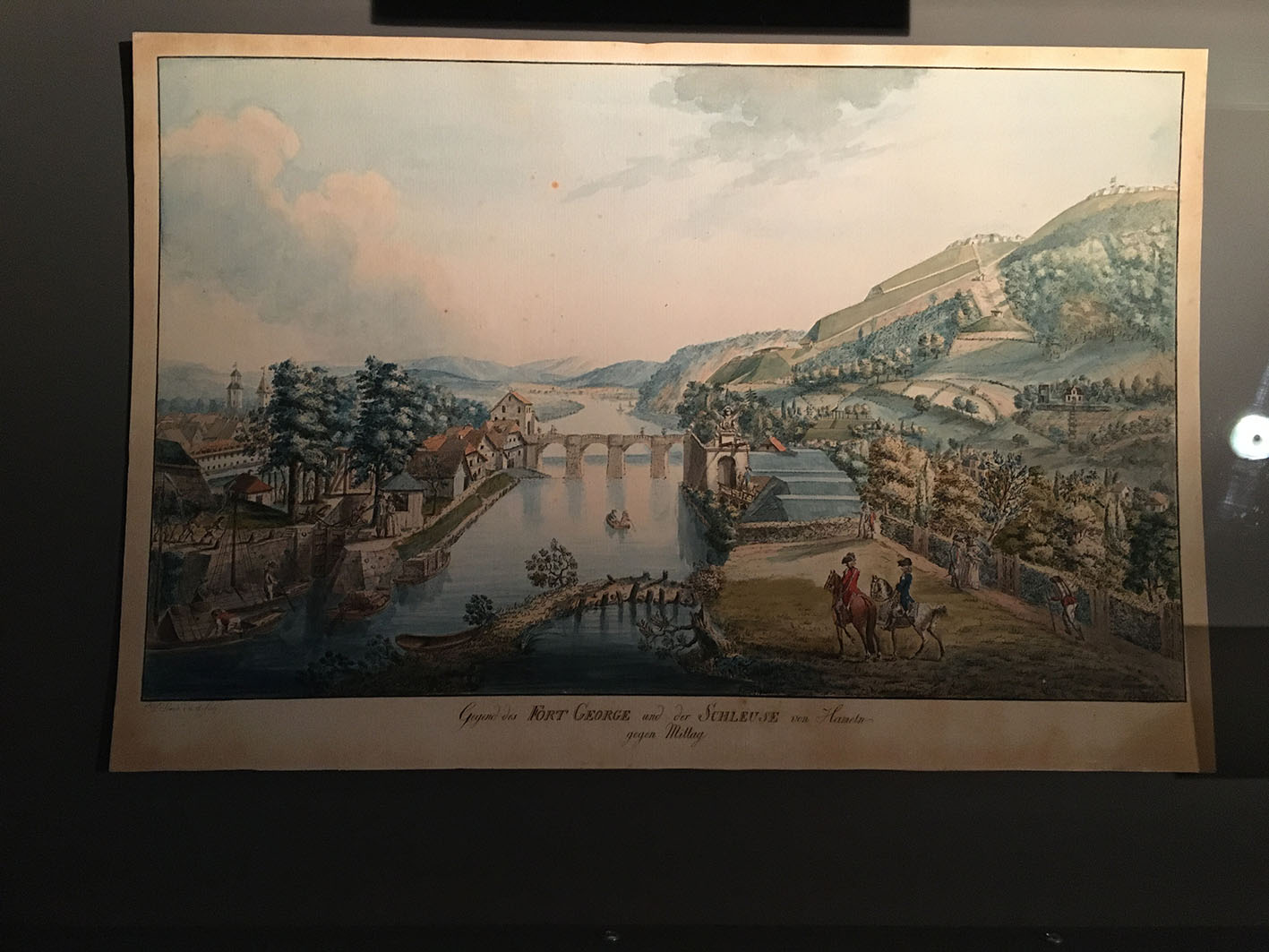 The lower exit of the Hamelin locks and the Klüt fortress are clearly recognisable on the right-hand side of the coloured copper engraving.