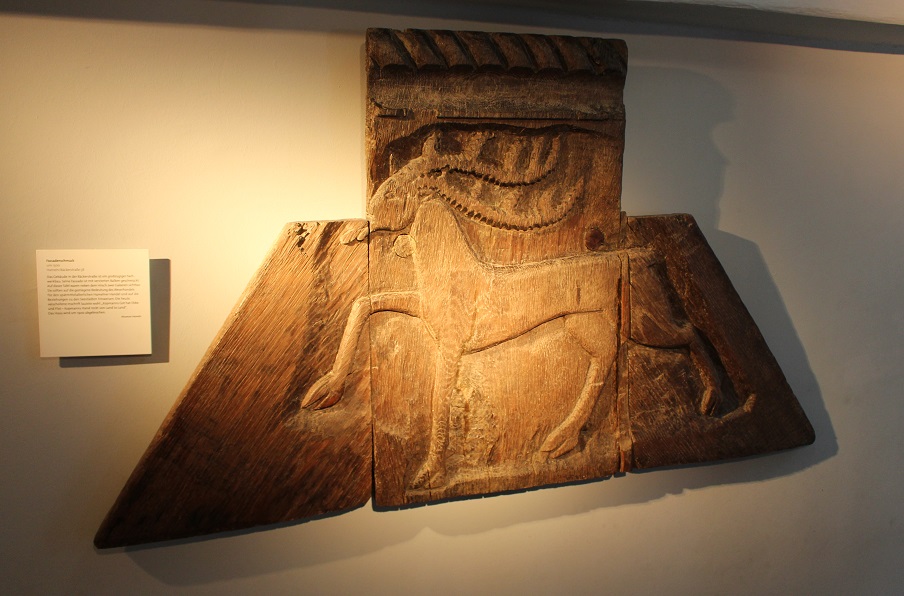 The building in Bäckerstraße was a magnificent half-timbered construction.  The façade is decorated with ornamental beams.  Two galleys appear on this panel together with the deer.  They were intended to refer to the increased significance of trade on the Weser for late medieval commerce in Hamelin and the relationship with the maritime cities.   The inscription, missing today, probably read: “Kopmann’s goods ebb and flow – Kopmann’s hand stretches from land to land.”

The house was demolished in around 1900.