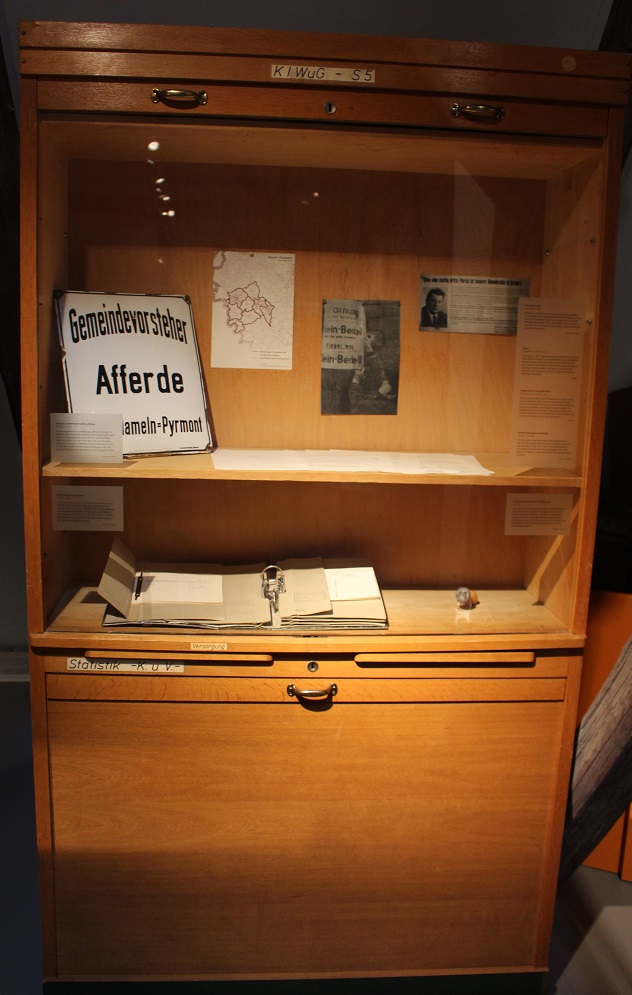 Can We Create the Future?

Great concepts and solutions for the city are discussed in the sixties, which have to make way for compromises in the 1970’s. A larger Weser Hills Rural District doesn’t come into being.  Instead, after heavy discussions, Hameln (which constitutes a district in its own right) gains 12 surrounding towns and is then incorporated into the Rural District of Hameln-Pyrmont. The Old City is declared a demolition site. Many citizens object. At the last minute it is stopped and the basic historical structure saved.

These are times of change, and the youth make themselves heard.  Especially from 1976, after the Adenauer rule, protests spring up around the building of a nuclear generating plant in Grohnde, just south of Hameln.  The venue for these alternative groups develops at the Communications- and Cultural Centre “Sumpfblume”.

In the meantime, the city’s economy continues to change. Old industrial complexes close down, or workers are laid off. Financial Service Providers take on an increasingly important role.

When the incorporation was officially complete at the beginning of 1973, the winding-up of the previous local councils started immediately. City of Hamelin employees transported documents and furniture from the old offices, partly without regulated transfer. In Afferde, the sign by the seat of the council leader was hidden beforehand and then decorated a party cellar in the district for decades.

Tündern local council strictly rejected the incorporation into Hamelin.  However, when the regional parliament scheduled this, a citizen consultation was carried out in no time at all in April 1972. Result: The overwhelming majority of Tündern citizens stated that they did not wish to become citizens of Hamelin. The time was not yet ripe for referendums, however, and the vote was simply ignored.

An opponent of the incorporation of Klein Berkel into Hamelin put up posters and warned: “Klein Berkel will not let itself be Rohrsened!” She played here on the fate of the locality of Rohrsen, which was added to Hamelin in 1923. The politics and administration of the city, which from this time was district-free, hardly considered the significance of the village and treated it more like an appendage.

By March 1972, a preliminary decision had been made: An express letter of the Lower Saxony interior ministry planned large municipalities for Hamelin, so that, for example, there was no more room for an independent Afferde.  The expansion of Hamelin to the north-west was also not yet planned at this time, however.

On 9.11.1972, the SPD local government decided to restructure the localities in the Hamelin area. Werner Bruns used the reservations of the citizens to canvass for the federal parliamentary elections with the FDP in 1972.  Despite incorporation, the thoroughbred politician did not in any way give up: He campaigned in the “surrounding countryside committee” for the interests of the new districts, gaining the epithet “Lion of Tündern”.

The localities did not possess a favourable negotiating position. If they refused to sign a contract, they were compulsorily incorporated. For the sake of “comfort”, the city nevertheless guaranteed to the localities the implementation of started and planned projects. Today incorporation seems to be almost forgotten.

The office of arbitrator was introduced in the localities of Prussia in the 19th century and later adopted by the state of Lower Saxony to deal with smaller disputes out of court. With the incorporation of Wehrbergen, the village arbitrator also became superfluous. The obligatory returning of his stamp was simply forgotten, however.