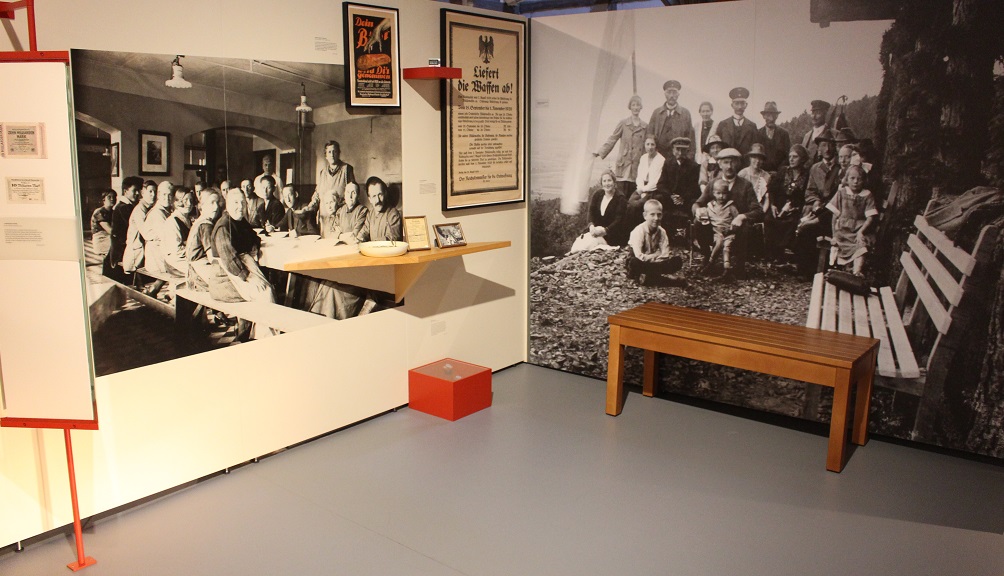 Opening of the Riepen shelter, south west of Hamelin

An armed militia was established from November 1919 in Hamelin, which was renamed as an “emergency armed unit” after the interdiction of Berlin. The countless weapons in private hands after the war produced a sense of insecurity. A revolt by the Russians accommodated in the prisoner of war camp was additionally feared. The emergency armed unit was disbanded in March 1921 as part of the general disarmament, without ever having seen action.

Money rapidly lost its value. At the beginning of July 1922, the mark only had one-hundredth of its value in August 1914. The government did little to prevent the decline of the currency, however: While this should have  demonstrated that Germany could not afford to pay reparations to the victorious powers, the debts from the First World War simultaneously vanished into thin air. Then the utter madness of hyperinflation began: In 1922 there were 3-mark coins, in August 1923 the Hanseatic city of Hamburg minted coins with a value of 1/2 million marks.

Quaker supplies in the cellar of Hermannschule

Agitation against the Dawes Plan

The Dawes Plan, which from the summer of 1924 regulated the long-term payment of reparations to the victorious powers, contributed to the stability of the new currency at the end of 1923 after currency reform. Despite the high burden, the economic boom of the “Golden Twenties” thus became possible, but opponents gave rise to new fears among the population.

The Reichsbank still printed banknotes at this point, but nearly every city supported itself with its own coupons and thus further fuelled inflation. Hamelin also issued 10 billion coupons on 25.10.1923 on cheap paper: Even if someone should have counterfeited them, the notes became scrap paper within a few days!

In January 1923, French and Belgian troops occupied the Ruhr region due to unpaid reparation payments. There followed a strike named the “Ruhrkampf” by the workers, whose wages the German government paid – simply by printing extra money. Then all dams burst: In the summer, the Magistrate of Hamelin and Hamelin firms such as the Weserwerke Kaminski and Selve-Automobilwerke issued their own coupons. The latter even offered a car in exchange for potatoes to its staff.  When in September 1923 the “Ruhrkampf” was discontinued, it no longer supported the currency: The carousel could no longer be stopped! 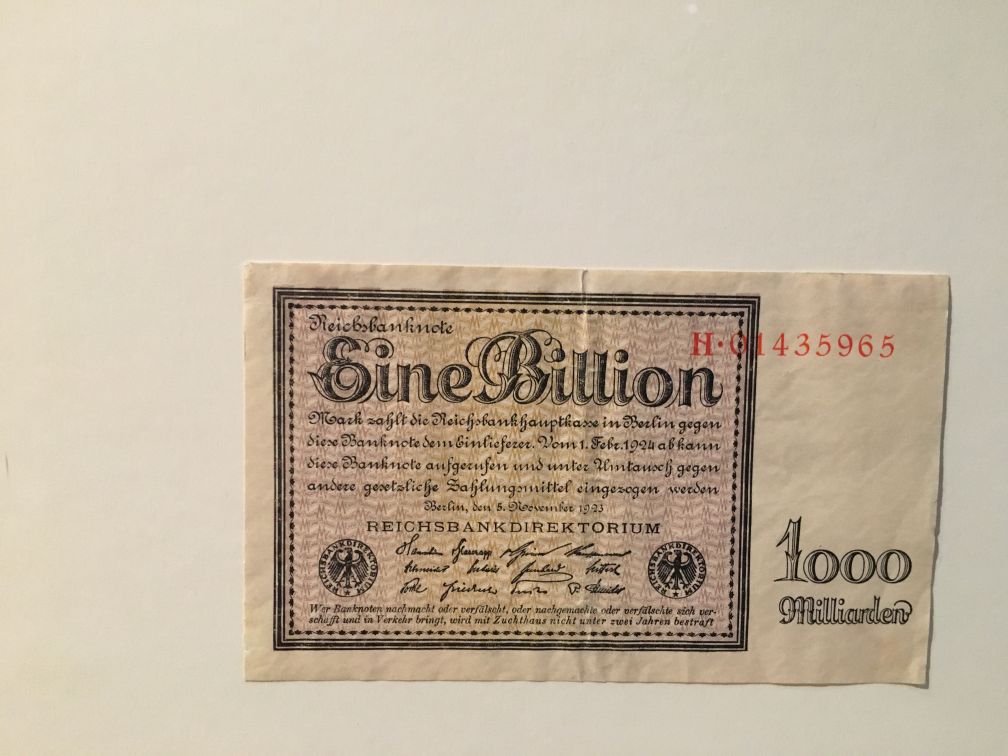 When trillion banknotes were finally printed, it had already long been clear: The mark was dead! On 15.11.1923 the so-called rentenmark was issued.
It worked wonders: The new “currency”, which in fact was not legal tender, was accepted by the people.  Those who once possessed savings, as opposed to tangible assets, and who were now left with practically nothing, had fallen by the wayside.