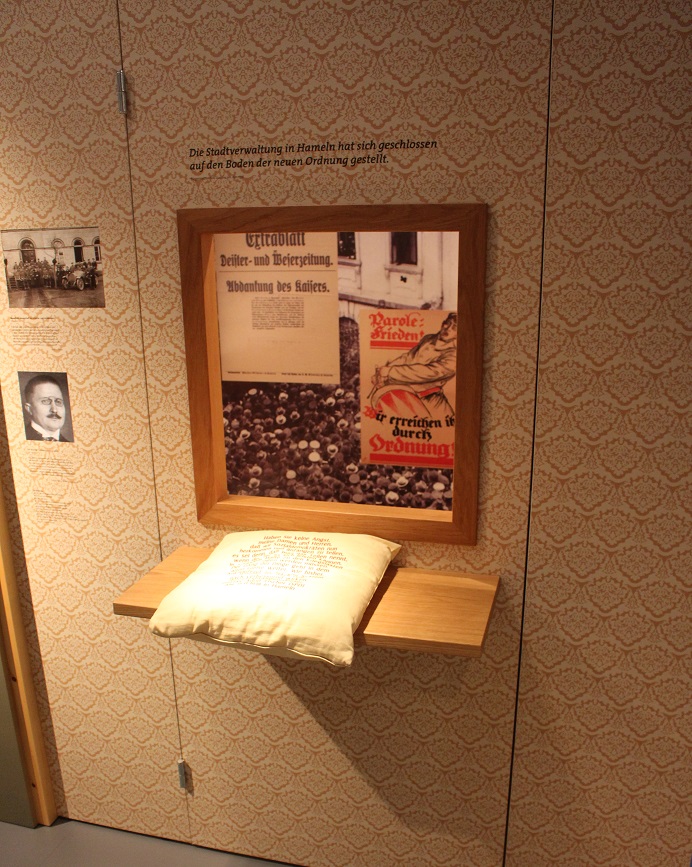 November 1918 – Revolution in Germany. In Hameln a Workers- and Soldier’s Council is formed.  Its goal is not to overthrow the socialists, but to maintain peace and order. Liberals and conservatives still rule. Bad conditions and lack of supplies and provisions cause great difficulties, not to mention the terrible rate of inflation, which robs many people of their livelihood.

In 1924 the situation changes for the better. Trade and industry improve. This unfortunately lasts only a short time. With the global economic crisis of 1929, many firms and businesses go bankrupt. Unemployment jumps dramatically. Many citizens of Hameln are dependent on public Soup Kitchens. The National Socialists exploit this situation and from 1930 start their public bid for office with big campaigns. They make sure there are constant brawls on the streets and they openly and physically attack their political opponents. 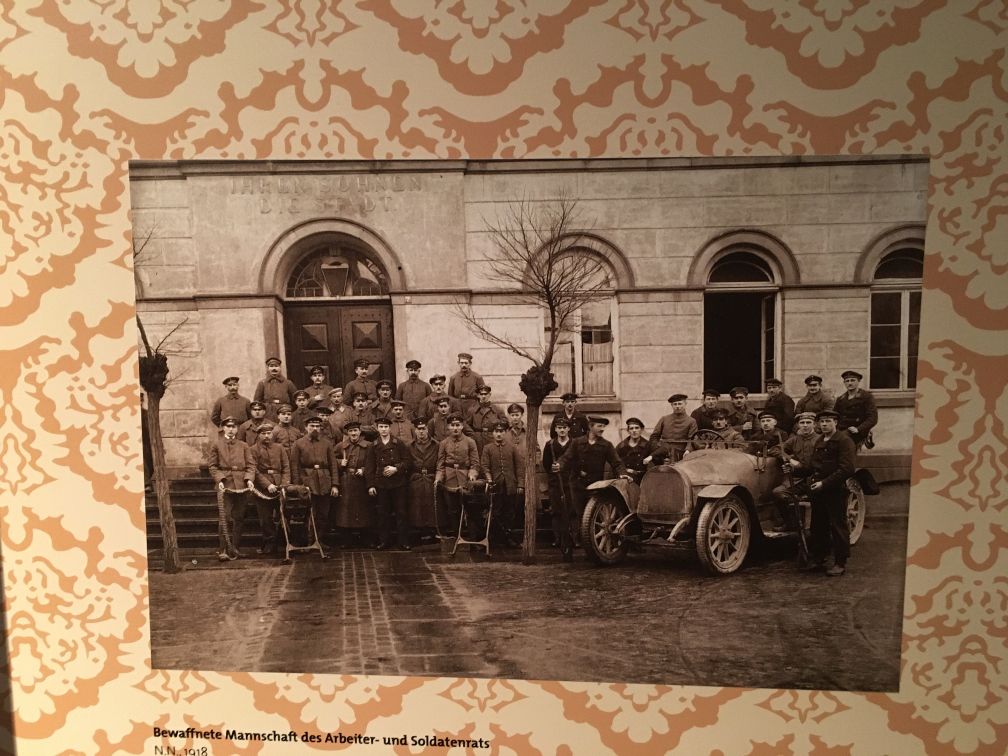 Armed unit of the workers’ and soldiers’ council

Despite the proudly displayed weapons – the workers’ and soldiers’ council in Hamelin did not call for a revolution. It made this clear to the workers and soldiers of the city in a pamphlet of 8.11.1918: “No worker shall leave their workshop, no soldier shall show indiscipline, we want to achieve the transformation through a maximum of social order, for the benefit of the whole population […].  Keep the peace!”

Carl Müller served in the Hamelin garrison in 1918. “To take the wind out of the sails of the radical elements,” as he later wrote – he advocated the founding of a workers’ and soldiers’ council in Hamelin on 8.11.1918, of which he became the chairperson. The revolution should be “executed” – dutifully and cautiously. Müller himself made a stellar career in the Weimar Republic.

Handbook of the Prussian State Parliament, 1925

1905-1913 stockist in the Hamelin Consumers’ Association

1913-1933 Managing Director of the Consumers’ Association

1919-1925 Member of the Regional State Parliament in Hannover

Information board of the Hamelin garrison soldiers’ council

Revolution with fixed opening hours: The Hamelin workers’ and soldiers’ council was well-organised. But since in Hamelin the competencies of the city administration and council were not affected, it quickly outlived itself. In April 1919, the members already saw themselves as belonging to history and donated the shield to the museum. 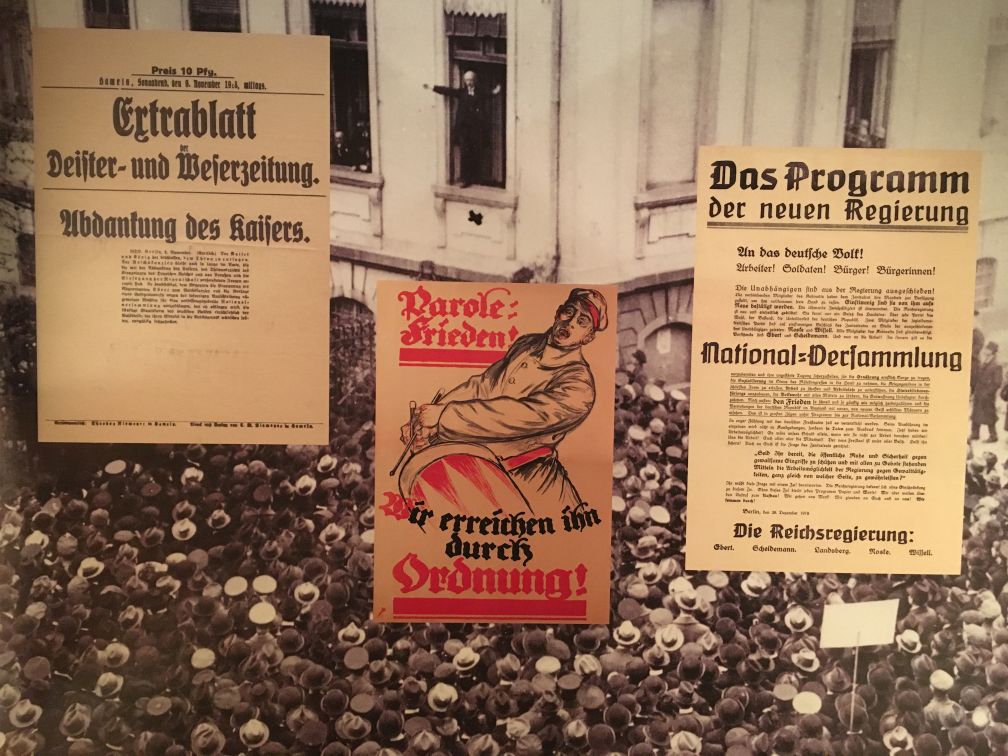 The Republic required a constitution. A National Assembly was therefore to be elected by the Germans – all sections of the population from “all tribes” – in January. The election took place as planned and the Assembly met in Weimar, Thuringia due to unrest in Berlin. The name “Weimar Republic” was thus established for the new republic.

Achievements of the new Republic

The new Republic brought fundamental changes to the everyday lives of the people. This poster informs the people of Hamelin what has been achieved within a month: e.g. equal voting rights for all – finally also for women – personal freedoms and the 8-hour day. The most important thing is not mentioned at all here, however: The ceasefire had ended the pointless dying of soldiers.

The city administration of Hamelin places itself unanimously in the camp of the new order.

Do not fear, my ladies and gentlemen, that we Social Democrats have now come and will begin with redistribution, if one calls it redistribution when those who can afford it must contribute in greater measure to the burden of the war. Things will continue in the same vein, as previously. Following on from the old system we will make improvements step by step.