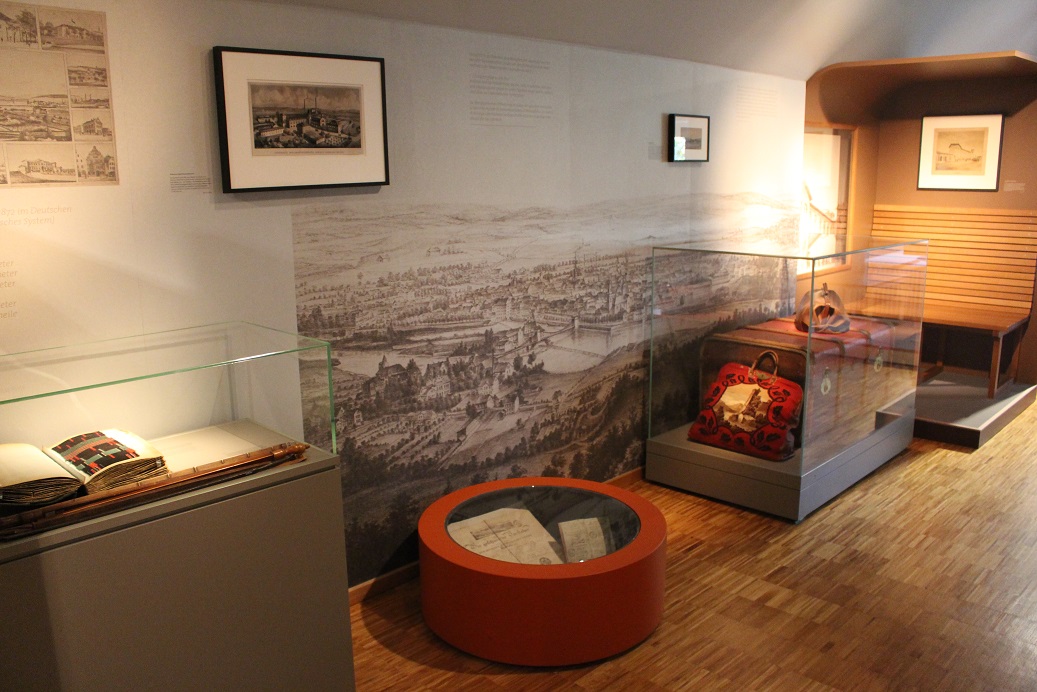 Up till 1808, the fortress is an important economic factor for Hameln. After its destruction, there is no  military presence to ensure the economic well-being of the city, no giving and receiving of contracts. No line of business could fill the gap. Another drawback to a healthy economic development is the conservative politics practised by the Kingdom of Hanover. In 1866, the new Prussian rulers take over the administration and grant Hameln Freedom of Trade. After the founding of the German Empire in 1871, the debilitating inland taxes are removed, weights and measures are standardised. Technical advances create more efficient production of goods. Steam-power replaces people and horse-power. Steamships and the railway boost the economy, as do newspapers, the telegraph and telephone for communications. As in everything, there are winners and losers.

With these improved conditions, Hameln is able to successfully connect to the Industrial Revolution. Factories spring up, mills turn into industrial enterprises, the iron industry comes into being. Products of Hameln made of wool and leather, as well as carpets, are in great demand.

The cog wheel is an icon of industrialisation. It is identified by the teeth distributed evenly around the circumference. It enabled transmission between two rotations or a rotation and linear movement.

Cog wheels were not only used from the 19th century. Their production with iron, however, made them especially durable and they could carry heavy weights without breaking. The use of steam engines made power transmission even more important. The manufacturing of cog wheels increased sharply.

This cog wheel comes from the Werder [small island] mill in Hamelin.

Georg Wessel bought two mills in Hamelin in 1831 and began to produce woollen materials. Three years later, he employed 50-60 workers in production. Soon his factory became known outside of the region, since it produced so-called Kidderminster carpets. The process, whereby double or even triple fabric was manufactured, came from Great Britain.

The Marienthal woollen factory had a large range of fabrics. Dealers and bulk purchasers could orient themselves on such pattern books. Small fabric samples allowed the viewing of quality, colour and pattern. Detailed information on the material told an expert what the material could be used for.

The book contains samples of the “coatings” manufactured at Marienthal. This frieze or fleece is a somewhat coarser, cloth-like fabric. It was especially well-suited to the production of overcoats and other over-garments. The fabric had an English name, since it was developed in Great Britain. Marienthal also introduced the cloth in the Weser Hills.

A cubit is a measure of length with which, for example, fabric was measured. The variety of cubits reflects the many different measures which existed before 1870/71.

They were a great obstacle to economic development. The customs duties within the German Empire complicated the situation. From Münden to the North Sea, the Weser flowed through 35 German territories.

Measures before 1872 in the Kingdom of Hanover

Advertisement of the Workers’ Association

Many clubs were founded to pursue a political goal. The social element however always played an important role.

In 1858, the “Journeyman’s Educational Association” was established, which developed into the “Workers’ Educational Association”. It became the Workers’ Association in 1872. It had two goals: On the one hand, the members’ education remained important, and on the other hand it wished to represent the interests of the working class – however without operating politically, as emphasised in the statutes. After the Revolution, the associations were also monitored by the police. This only changed gradually.

Christian Friedrich Katz from Hamelin studied in Oldendorf between 1844 and 1847. He completed his apprenticeship with the commendation “quite good”, but secondary school with “very good”. Then he became a journeyman.

A wander book was used to document the apprenticeship period of a journeyman. The journeymen wandered across the country to complete their training with new masters. They had to prove where they resided so they were not mistaken for vagrants. The wander book not only contains an exact description of its owner, but it is also mentioned here that Katz had flat feet. Should he have been drafted, it would have been either in the cavalry or baggage train.

Gustav von Gülich from Osnabrück founded the Wertheim paper mill in 1829. It initially produces fine handmade paper, but later also writing and post paper. There are four large machines: two are powered by hydropower, two are steam engines. Two run day and night. The unused third gear of the portal mill is used to grind rags for paper production.

In 1853, Wertheim was one of the five largest paper mills in the Kingdom of Hanover. In 1869, the company was hit by a severe fire.

With respect to factories and manufacturing, most of the now Hanoverian states have been behind a number of the neighbouring areas since the earliest times […].

[…] First it must be asked: What are the requirements of a country for its factories and manufacturing to thrive? and to what extent are these present in the State of Hanover?

To the general requirements of this kind belong primarily:

Gustav von Gülich, On the Present Condition of Agriculture, Trade and Industry in the Kingdom of Hanover, 1827

The volume of shipping on the Weser [was] never significant, and still decreased; even more so with salmon fishery. Thus in no Hanoverian city in the last 30 years has prosperity decreased so much as in Hamelin, though the number of inhabitants has remained fairly constant. Excluding the military, it sank to 4,700 and has now risen again to 5,661, houses from 655 to 678. Agriculture is now the main concern, and thus prosperity has increased again with rising grain prices.