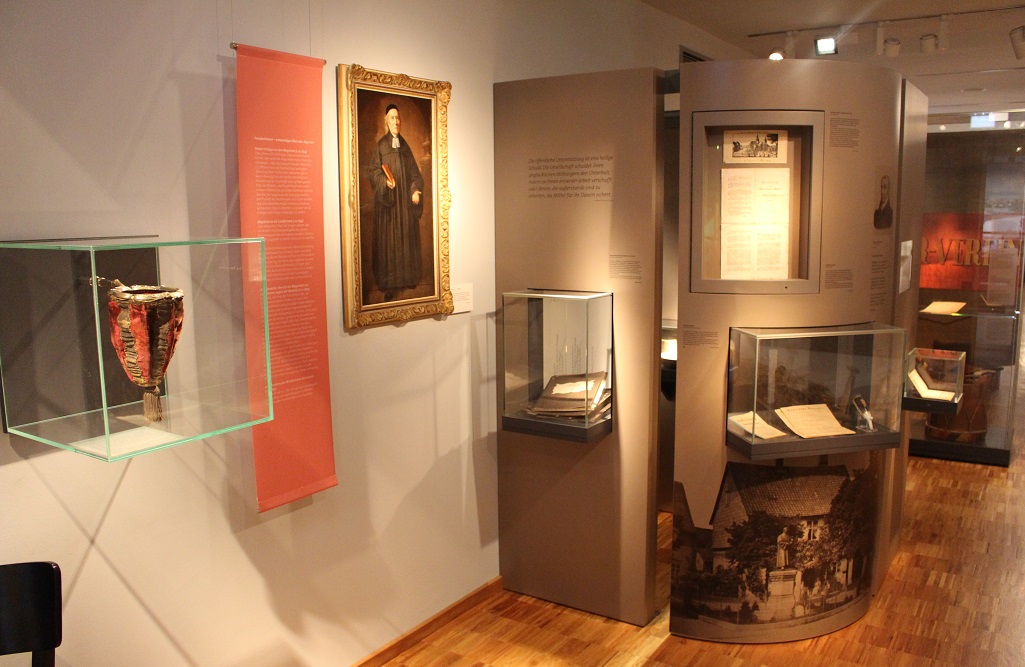 F.G.F. Schläger was the founder of numerous charitable organisations in Hamelin, among them the Charity Club. Social problems occupied his attention greatly – he was the founder of a fund for needy, orphaned preachers’ daughters, a women’s association for poor new mothers and a food bank for ill servants. He participated in the founding of the blind association in Hanover.

But he was also the co-founder of the Hamelin Hymn Board in 1837 and a promoter of the municipal school system. Schläger was without doubt one of the most active Hamelin citizens of his time.

Critique of the heart

Truly, he was indispensable!
Every time something happened
for the benefit of the community,
He was involved, he was there.

Without him nothing could happen,
He had not an hour free.
Yesterday, when they buried him,
True to form, he was also there.

The club was founded in 1844. Schläger attempted to raise funds for the society in many ways. One opportunity was the sale of a report on the so-called founding day celebrations. He obtained the texts of speeches and sermons. Alcohol was characterised here as a “source of misery” and  “dragon spewing out poison in streams over our people”. The people he wanted to hear these great words were presumably not members, however.

Hamelin Advertisements for the Benefit of the Poor

In the year after his arrival in Hamelin, F.G.F. Schläger established the “Hamelin Advertisements for the Benefit of the Poor.” Schläger distributed the sales profits to the poor.

It was the only newspaper in Hamelin until 1848. Events small and large in Hamelin, in the Kingdom of Hannover and the world were reported on.  Schläger constantly initiated debate in the city with his self-written texts. He thus attempted to create positive sentiment for his projects. Often he succeeded.

Small advertisements and publicity provided an excellent insight into everyday life in past ages.

The portrait on the front side shows F.G.F. Schläger. He is represented as a citizen, not a pastor. He worked very hard for his city of Hamelin for decades.

The meritorious Hamelin citizen turned 80 years old in 1861. The pipe bowl could have been a present on this day. The gift was expensive. Not only the commissioning of the portrait by an artist was costly, but also the silver lid.  Schläger clearly held the pipe bowl in high esteem: it was never used.

In 1918 the bowl is donated to Hamelin Museum by the Schläger family.

Around the end of the 18th century, the fabric of the cathedral was severely damaged. The building was used by the French army as a hay and straw storehouse in 1804. Later it served as a horse stable and warehouse of the tax authorities.

The desire to repair the church was repeatedly expressed, but obstacles constantly arose. Schläger was the founder of a society in 1840 for the renovation of the cathedral and collected money for this cause. The implementation of the project did not succeed, however. The building was assigned for demolition and the construction of a new building in its place in 1855.

Serious steps towards renovation could only be undertaken during the Prussian period. The building was then classified as a protected historic monument.  The reopening was celebrated on 13th June 1875, six years after Schläger’s death.

The great contribution to Hamelin made by Schläger made him a highly respected man. After his death in 1869, the square between the cathedral and Weser bridge was named “Senior Schläger Square” in his honour.

A monument to his memory was unveiled there on 13th June 1875. It was based on the best-known portrait of Schläger, which is displayed here in the exhibition. It shows him in regalia as a dignified citizen of his city.

The house in Wangelist was originally established for lepers and thus lay outside of the city.  It gradually developed into a poorhouse.  A lifelong right of residence could be acquired in return for a small payment.  Often unmarried relatives were bought into such institutions by their families, since they were then taken care of.  Those with the right of residence received food from the city of Hamelin.

The “Poor Relief Regulations” of the city of Hamelin were created in 1824.  This led to the central allocation of poverty benefits.

I am eternally indebted to the support of the public. Society owes its unfortunate citizens a living, insofar as it either creates work for them or secures the means of existence for those who are incapable of work.

Franz Georg Ferdinand Schläger came to Hamelin in 1822. He was the “first pastor” of the city until 1869, the Pastor primarius. Throughout the 47 years of his ministry, he was an active organiser of social care and poverty relief in the city.

The picture was donated to the museum in 1936 by Theodor Niemeyer.

Brothels – a necessary evil or nuisance?

If I may permit myself to present to the Right Honourable Magistrate my wishes on a very important matter – the local prostitutes. […]. When one cannot go for a walk on the embankment of an afternoon and in the evening without the girls, who should be granted privileged status, appearing in their sequined state to flaunt themselves from both notorious houses on Baustraße and in the large yard and causing a scandal for young women, for young men and for all friends of decency and goodness, who have reservations about setting foot on a path provided for relaxation: I believe as a preacher I may no longer remain silent.

The Magistrate has for many years tacitly tolerated a brothel here, whose date of establishment we cannot exactly state, and from around 10 years ago there has been a second. […].

That the clergy has also thrown down the gauntlet to this establishment should not surprise us, since the same thing happens in almost all other cities, we have merely now had to take notice of Pastor primarius Schläger, since these institutions have existed here for so many years and are only limited and improved through stricter control.

Requested report of the Magistrate to the bailiffs relating to the brothel (21.2.1835)

It is the fate of the police authorities, for the sake of the general good, to have to deal with matters of an unpleasant and invidious nature, and what lies before us may also be counted among such matters. Every now and then, syphilitic illnesses occur which have been spread by some infected maids or secretive harlots, since despite the efforts of the local authorities and though the doctors investigate and report every case willingly, it has not been possible to eradicate the problem fully.

It would be far worse if the familiar girls were not regularly examined and especially the military hospital would fill up with far more syphilis cases than at present. The number of illegitimate births would in addition multiply.

[We] commission […] the Royal Bailiffs to arrange the dissolution of the existing brothels in Hamelin.

Poverty relief was originally a task of the Christian churches. It was financed among other things by donations that were collected during and after the church service.

In the 19th century, care of the poor was finally transferred to the state. It differentiated between “worthy” and “unworthy” poor – namely those willing and not willing to work. When the poorhouse was merged with the workhouse in 1834, the work of the inmates played a great role. The worthy poor were intended to be trained to take on an orderly civic life through work.

The collection box comes from the market church. When the church was restored in 1899, it was given away and donated to Hamelin Museum.