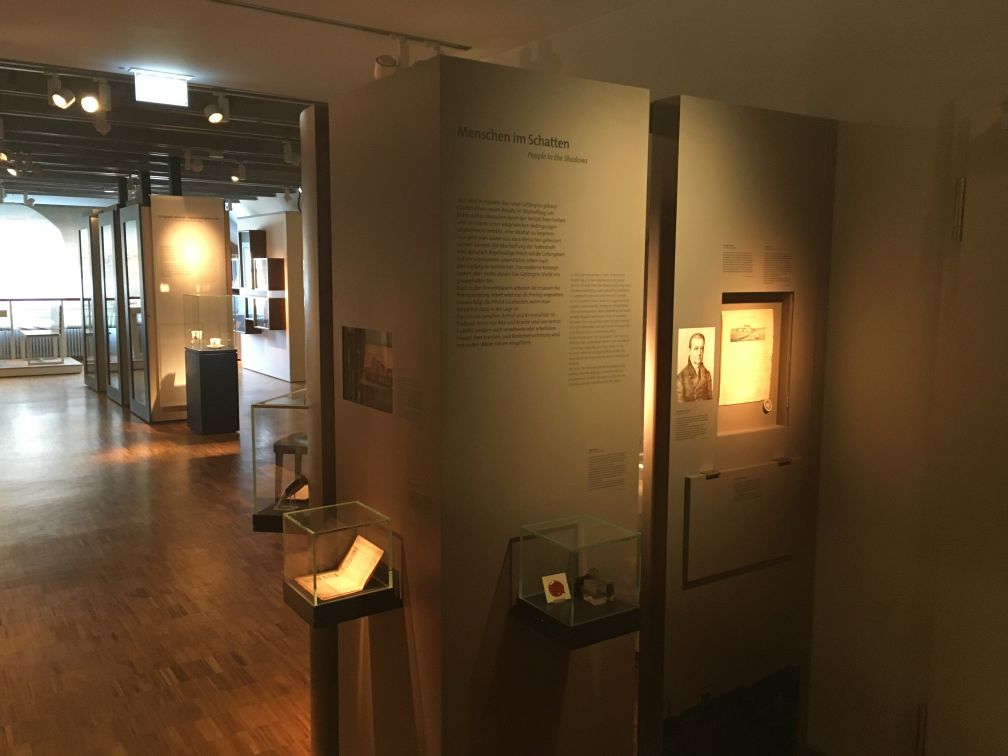 Poverty, crime and diseases are topics that people are dealing with in the 19th century, © Museum Hameln

People in the Shadows

In 1827 the new prison is built. It marks the beginning of a new approach to the penal system. At that time, the thought of losing one’s freedom and living under appalling conditions is supposed to serve as a deterrent for people to NOT commit crimes. Now it is suggested that people could actually change, be rehabilitated. There are discussions about abolishing the death penalty. Regular work now serves to prepare prisoners for a so-called proper life after prison. But still, these new concepts cannot change the fact that prison is a gruesome place.

In the Poorhouses, the “occupants” also have to work for their daily bread.  Work is now considered a privilege. Logically, you then have a duty to work, when at all physically possible. The boundaries between poverty and criminality are blurred.

Not only the old and sick are endangered by poverty, also the widows, or women without employment. Health insurance and pension schemes are only introduced in the 1880’s.

Domeier built the new pole house according to the most modern theories on the penal system. The sentenced were better accommodated than in the old, cramped prison. They still lived in groups, however. Individual cells were only introduced in 1864.

The inmates were employed in workshops. The products were sold, thus reducing the institution’s costs.

The new building became a city attraction due to its modern concept. The building is represented here in this capacity: as a decoration for Hamelin stationery.

After the downfall of the Kingdom of Hanover, the Hamelin institution became a Royal Prussian county jail. Men of Lutheran belief who had to serve a sentence of over three months were now held here. Jews from the provinces of Hanover and Schleswig-Holstein who were incarcerated for longer periods, as well as those from the province of Hanover who had to serve a prison sentence, were also sent to Hamelin. On Jewish holidays they were allowed to participate in the church service at the synagogue in Hamelin. A Jewish teacher provided religious instruction from 1861.

Youths from 12 years old were among the prisoners. They received schooling, but adults could also learn, for example to write.

The workhouse was established as a municipal facility in 1818. The empty former Salzburg was reassigned for the purpose. Sick and old people, as well as orphans, were set to work spinning, weaving and knitting here. There were usually a total of 40-50 people.

The workers received food once a day. The free food was also given to other deprived people in the city and itinerant journeyman craftworkers. To some extent, the aim of the municipal initiative was to centralise provision for the poor. It was regarded as a success that there were soon less beggars knocking on house doors.

The products made by the poor in the workhouse were only partially offered for sale. They were often donated to other needy persons. The workhouse remained dependent on donations.

The new Invalidenhaus was inaugurated in 1863. Up to 90 military personnel who had served with the Royal Hanoverian Army or the King’s German Legion could live here.

The veteran non-commissioned officers and soldiers were usually poor. They did not only receive accommodation: Furniture, other fixtures and even clothing were provided.

The soldiers lived in shared apartments of four to eight men. They shared a living room. There was also a large dining room and prayer room. The sick were nursed in their own hospital rooms.

In 1870, the building was used as a military hospital. The number of inhabitants fell steadily. In 1890, it only had eight occupants. The municipality bought the building. After a year of renovation work, the first hospital in Hamelin was opened.

Muster roll of the disabled

Men from the region were among the first occupants of the Invalidenhaus, but they also came from Hildesheim, Münden, Alfeld etc. Some were already old, but Carl Wilhelm Ebeling from Papenburg was only 32 years old. He had served as a hussar for nine years and one month.

Ebeling could clearly no longer take care of himself and was put into the Invalidenhaus. 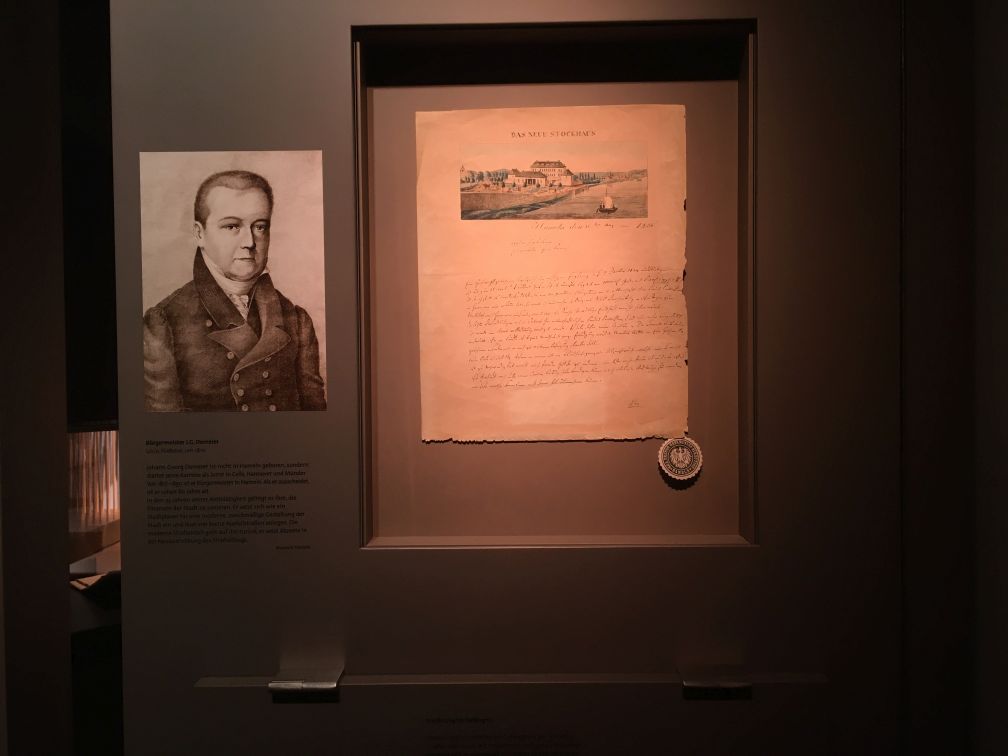 Johann Georg Domeier was not born in Hamelin, but started his career as a lawyer in Celle, Hanover and Münder. From 1817-1850, he was the mayor of Hamelin. He was 80 years old when he retired.

In the 33 years of his official capacity, he succeeded in restructuring the city’s finances. He promoted a modern, fit-for-purpose arrangement of the city, like a town planner, and had four wide arterial roads built. The modern prison was built by him, and he laid emphasis on the reorganisation of the penal system.

The building was constructed for prisoners in the 1690s near the army barracks at Langer Wall. It was called the pole house because the inmates were chained to a stake at night. During the day, they worked on the construction of the fortifications.

The so-called new pole house in the immediate proximity served as an extension from 1713. It was demolished in 1827 during the construction of a new prison. The old pole house became the journeymen’s lodgings.

In this list from the 1820s, it is not exactly described what was meant by “warm dishes”. Presumably it was often soup or grain porridge.