The “Club zur Harmonie” was founded in October 1819. The dignitaries of the city met here, including officers, teachers, pastors, doctors and chemists. Many nobles were also members. Members mixed freely in the club and without class inhibitions. This was new!

The club was a social meeting place and had no predetermined collective aims. It had its own management for a long period of time and so also had plates decorated with the club emblem.

The running club was a separate group within the Club zur Harmonie. It is not known whether it was a sports club.

Its social life was absolutely the emphasis of the club. The common sharing of free time formed the core of the association.

The clubhouse was located in the former so-called commander’s house. The commander of the garrison lived here until the Seven Years War. Then the city bought it. It became the property of the club in 1830. It resided here until the 1930s.

View of the inside of the clubhouse

The club became financially independent with the purchase of the building (today Weser Regional Savings Bank). The view of the rooms shows what high standards the members held for an appropriate place to spend their leisure time.

Among the founding members were officers’ widows, civilian widows and a lady about whom nothing else is known. On Sundays, a so-called ladies’ club was arranged, at which tea and cake were served.

When exactly the opportunity for women to become members of the club was removed is no longer known. 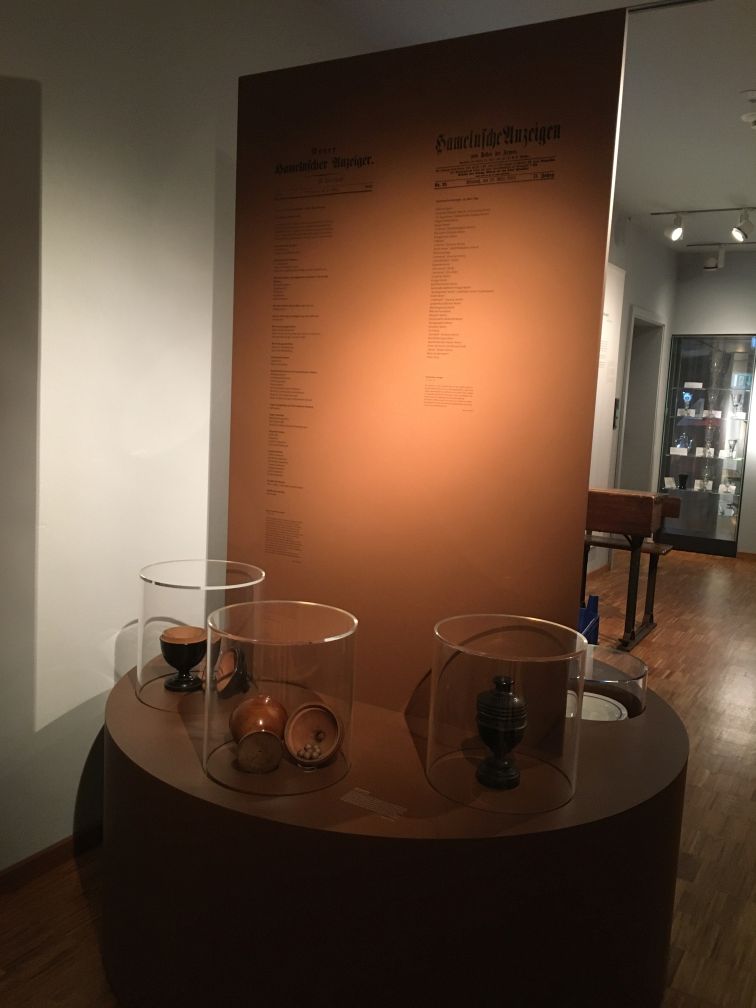 There was a vote on who could become a member of the “Club zur Harmonie” and “Glee Singing Club”. This occurred by ballot: White balls (yes) and black balls (no) were collected in the containers. Depending on which coloured balls there were more of, the candidates were selected or not.  Everyone could save face since the voting procedure was secret. In 1934 the ballot was suspended.

In the troubled years of the Revolution, the number of clubs in Hamelin positively exploded.  A club was the ideal organisational form for the representation and promotion of political interests and ideals.  Members met without class barriers  and held discussions and debates on world views.  A first step was to read in a group and acquire new knowledge: There were seven reading clubs alone.

But also recognised was the very practical use of a club, namely in facilitating a non-political goal within a group.  This applied to the “Wood Curing Club” just as much as to the “Club for the Gilding of Bosses on the Market Tower.”

“The clubs in our city …

‘United in harmony,’ if we only observe the clubs in our city and their various, often primarily contrary tendencies: the question occurs to us of whether one can seek the good in contrasts, or whether the multitude of clubs is a satire on that otherwise true phrase? There exist here:

With the aim of general political and social education:

With the aim of holding onto what one has:

With the hope of gaining what one does not have:

With the aim of collecting:

Against inadequate and old-fashioned clothing:

Tea, coffee and other societies

By the end of the 19th century, the spectrum of clubs in Hamelin had greatly changed.  The goals were no longer overwhelmingly political and social, but rather special, personal interests.  Sport, socialising and culture were the main emphasis in the formation of associations.

The clubs were very diversified: There were now seven singing clubs, including denominational and only for women or men.