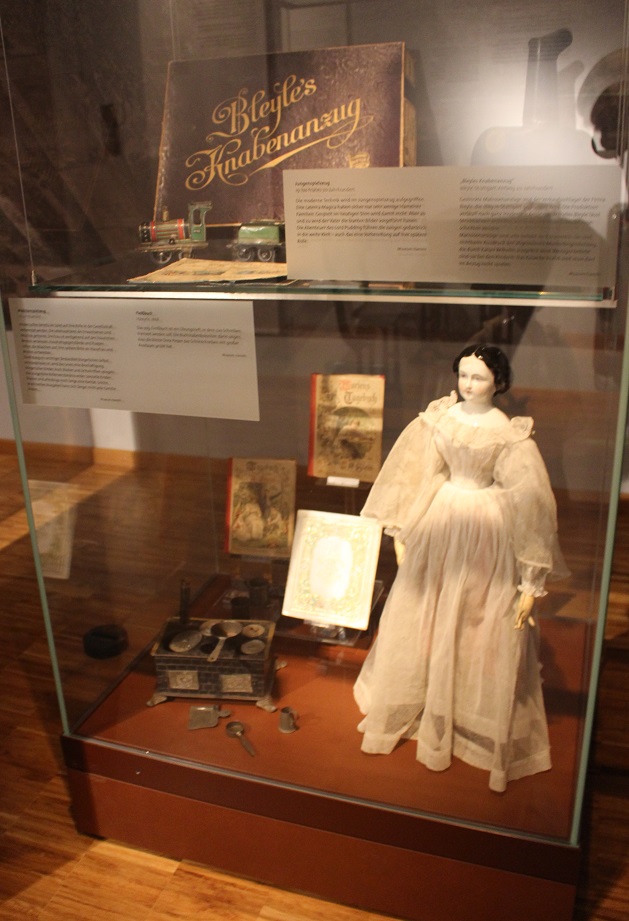 Modern technology was reflected in toys for boys. Certainly very few Hamelin families possessed a Laterna Magica. It was not played with in the modern sense. Now and again, the father would have shown the colourful pictures, however.

The Adventures of Lord Pudding increased the worldly imagination of boys – this was also preparation for their later role.

Knitted sailor’s suits were a best-seller of the firm Bleyle, founded in Stuttgart in 1889. Production ran according to very modern principles: Wilhelm Bleyle produced knitting tracks from which garments were cut.

Sailor’s suits were very popular in the Empire. They were a visible expression of the general enthusiasm for the navy, initiated by Emperor Wilhelm. Children were not so keen on them: The fabric itched and they were not allowed to play in the suits.

It was intended that children should be prepared for their future role in society through play. The adult spheres of life were clearly defined. Women were mostly assigned to domestic duties. Household objects and dolls were intended to prepare girls for their later role as housewives and mothers.

Since education was an important component of the middle-class self-image, reading was a pastime of the children. Books and newspapers reflected middle-class roles. Special children’s books were always rare. Such beautiful editions were only affordable for the few.

The so-called handwriting book was an exercise notebook in which writing was practised. The letter columns show that little Dora Pieper had practised handwriting with great perseverance. 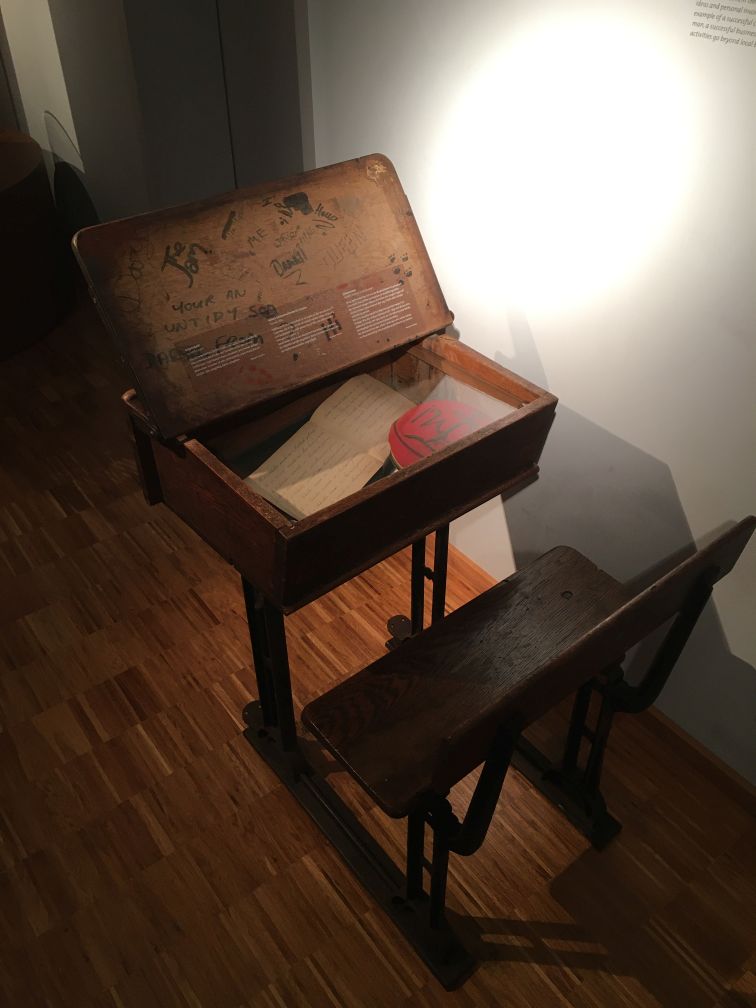 Learning to write was a difficult task. Paper was costly and so the children wrote on slate tablets. With a slate pencil, one could write something and wipe it away. Slate is very breakable and so the pupils had to be very careful with it.

Handwriting was a school subject. It was an expression of the Prussian virtues which were intended to be instilled in schools: Order and cleanliness. The notebook belonged to Marie Otto, who was clearly a good pupil.

In the 19th century, a grammar school developed from the citizen school. The Schiller grammar school was an educational establishment of the young Hamelin upper classes. The youths often wore school caps. These were decorated with the so-called circles of a pupil fraternity.

The first regular school for girls was founded by Pastor F.G.F. Schläger in 1824: the “Girls’ High School”. In 1859, it became a municipal school. From 1905, it was called the Viktoria Luise School. Pupils leaving the grammar school sat the higher education entrance examination. Graduates of the “Vikilu” were only entitled to commence with teacher training after ten years of schooling.