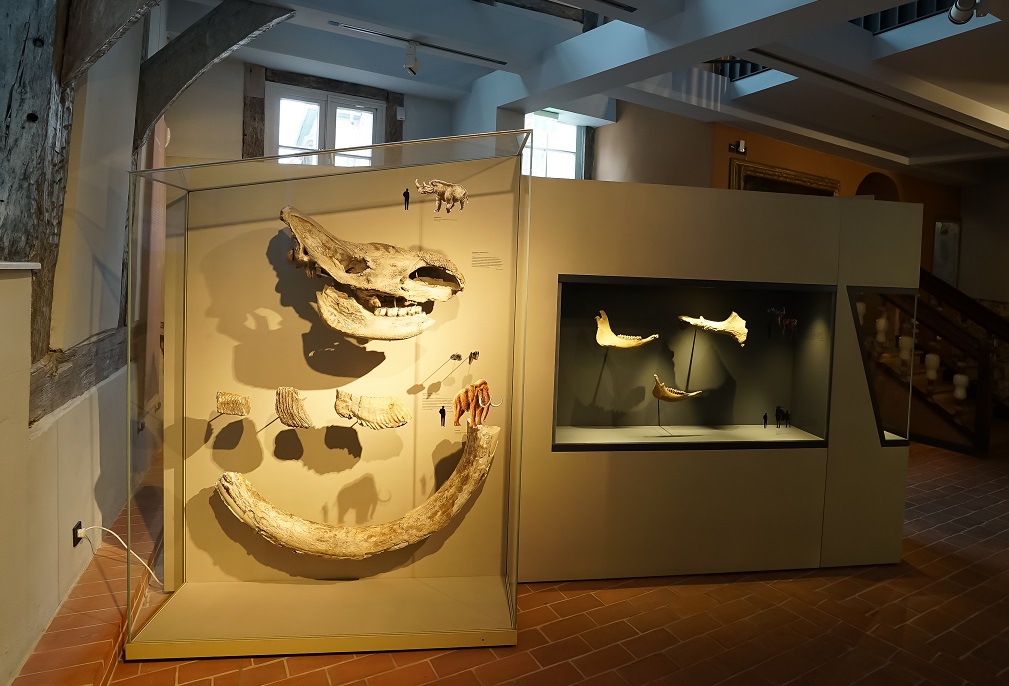 How it all started

The longest period in the history of humanity started 5-6 million years ago and ended at about 10,000 BC. The time it took for us to develop is almost unimaginable.

About two million years ago, humans start producing simple stone tools. Around 400 000 BC they went hunting purposefully, using special weapons. Between 150,000 and 100,000 BC they discover the art of making fire – an existential step in their development. This, combined with the ability to make clothes, helps improve their survival in the harsh climates they are exposed to. They develop artistic talents, making patterns on utensils, designing simple ornaments and creating cave art. People seem to think about death and try to understand and explain the world they live in.

There are traces of paleoloithic people in the Weser Upland Region. Amongst the pebbles in the Weser riverbed many animal bones of this period can be found, as you can see here.

The dwelling of palaeolithic nomads could have looked like this.  The people lived in small groups. There was a clear division of tasks between old and young, men and women.  The survival of the group was thereby ensured despite exposure to many dangers: food shortages, illnesses, wild animals, bad weather and many more.

The steppe landscape in Europe to which the woolly rhinoceroses migrated half-a-million years ago was ice-cold and dry. Their long hair and thick, insulating undercoat protected them from the cold.  Their powerful horn was not only a weapon and status symbol, but also a tool for eating.  Frozen plants could be freed and snow pushed aside with it.

Mammoths stood at max. 3.5 m shoulder height and weighed up to six tons. They fed on hard steppe grass, leaves and bushes.   This has been shown by undigested stomach contents and the structure of molar teeth found by archaeologists.

Mammoths were hunted by humans.  Cave paintings depict such hunting scenes very vividly.  The beasts became extinct around 8,000 BC.