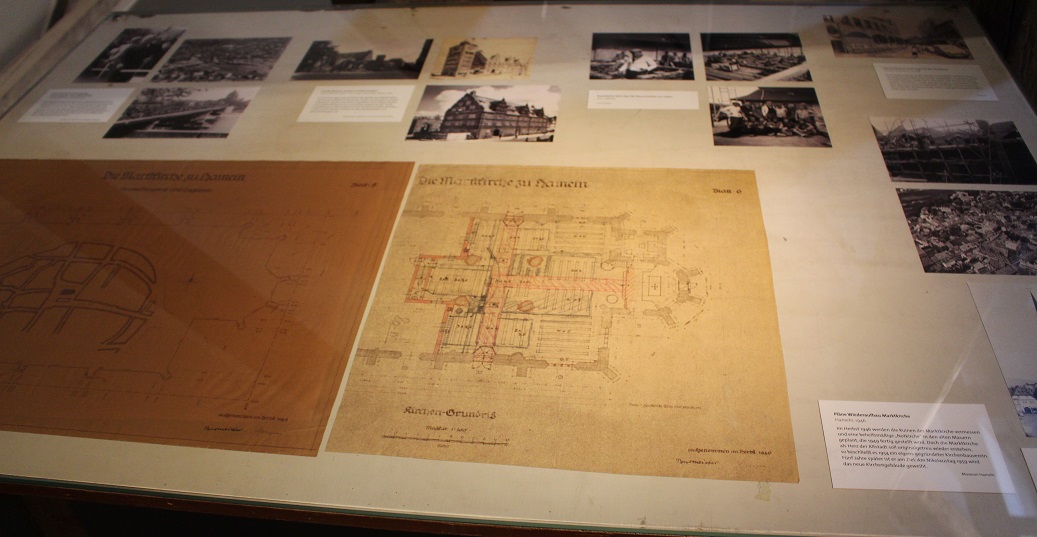 In the autumn of 1946, the ruins of the market church were surveyed and a makeshift “temporary church” was planned within the old walls, which was finished in 1949. The market church was intended to be rebuilt true to the original as the heart of the old city, and so its own church construction association was formed in 1954. Five years later, its goal was achieved: The new church building was inaugurated on St. Nicholas’ Day in 1959.

From temporary measures to reconstruction: The market church

Eight years after being blown up: Opening of the new Weser bridge

The temporary bridge over the Weser (left on the aerial picture) was functioning, and so other traffic projects took priority initially and in the end only the bridge section destroyed in 1945 was replaced. Not until 23.4.1953 did Minister of Transport Seebohm (with scissors) and Lower Saxony Chief Minister Kopf open a new bridge, which was immediately occupied by a mass of people.

Should the town hall be reconstructed?

In the summer of 1946, the ruins of the town hall were demolished. For years there were discussions in the city on whether and how it should be reconstructed. Even peculiar suggestions, such as to build a Pied Piper tower, were received by the city administration. Finally, a new building was not constructed; in the 1950s, a bike shed was included next to the registry office.

Construction workers building the Weser mills at the harbour

Some ruins have remained in the cityscape for a long time

This house in the cathedral yard, which was destroyed in the last days of the war, had still not been rebuilt in 1958. “And this in a tourist city whose visitors certainly expect something different!” the newspaper exclaimed. It goes unmentioned that the house once accommodated a popular department store, which its Jewish owner Karl Bernstein was forced to sell in 1939.