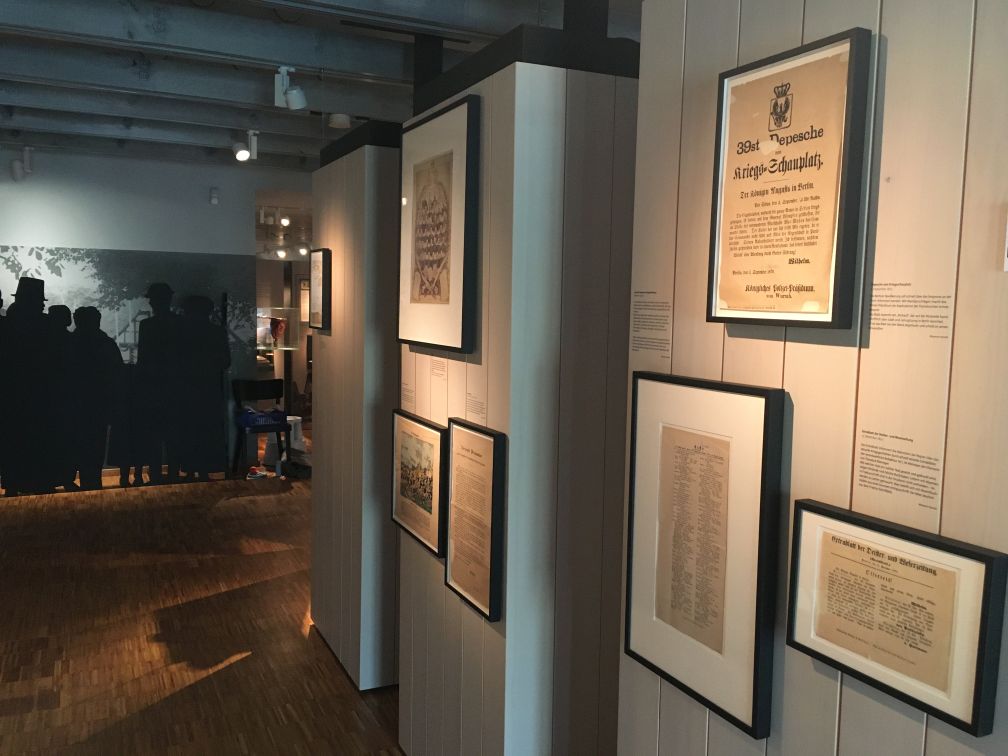 On the battlefield, © Museum Hameln

The population of Berlin needed to be informed rapidly of events at the front. The police constabulary announced the capitulation of the French army with wall messages.

The sheet of paper came from “Richard”, who reported on jubilation and contentment in Berlin in handwriting using the reverse side. He tore the piece of paper from the wall and sent it to his relatives. 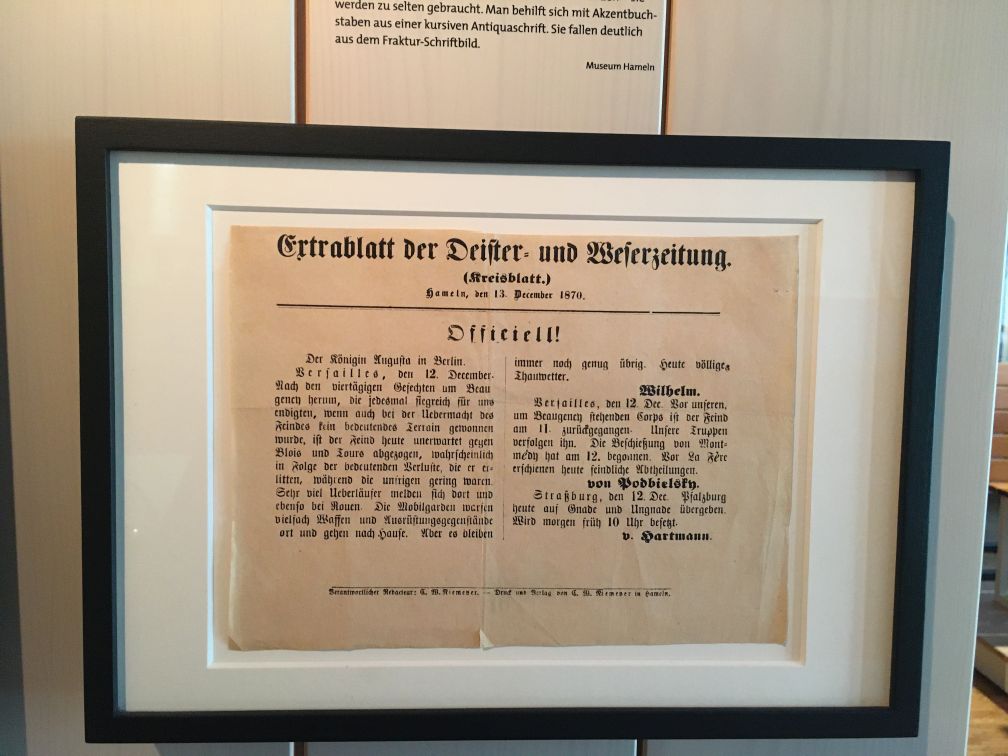 Special edition of the Deister and Weser newspaper

The district newspaper informed people in the area about current events during the war through quickly distributed special editions. The responsible editor was C.W. Niemeyer, the husband of Theodore Niemeyer.

The haste in which such a text was prepared and printed is demonstrated by missing and incorrect letters. Gothic script characters with accents were not available in the printing house – they were used too seldom. Accented letters from an italic Roman typeface were used instead. They clearly do not belong to the Gothic typeface. 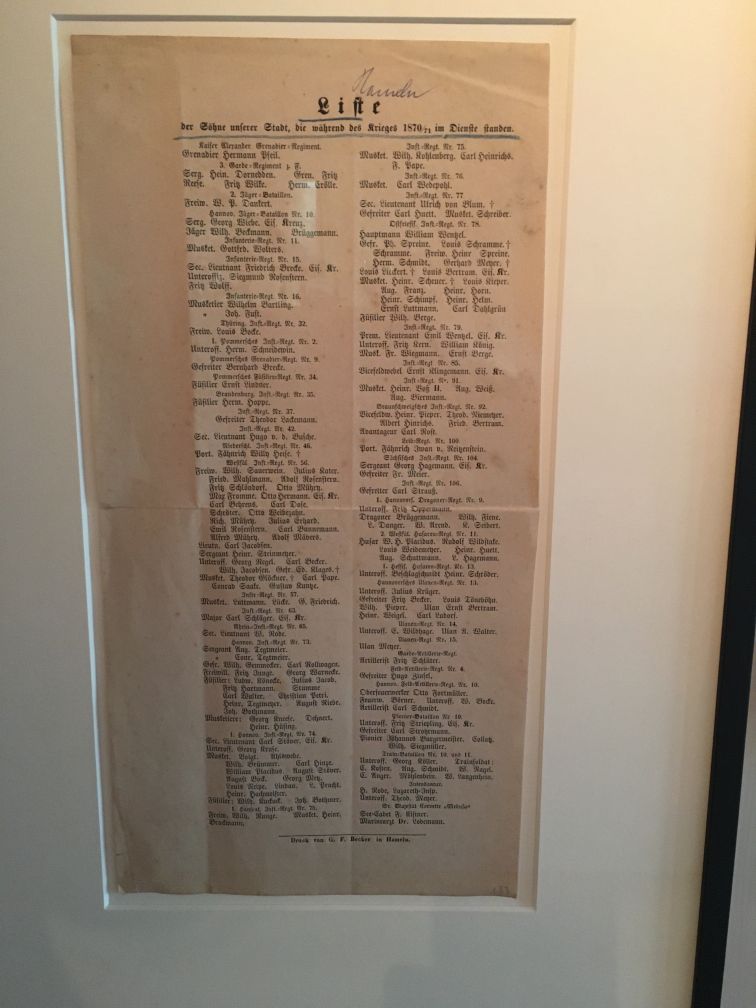 According to this list, 180 Hamelin citizens served with various regiments and battalions during the battles. Ten of them were decorated with the Iron Cross, and eight died. 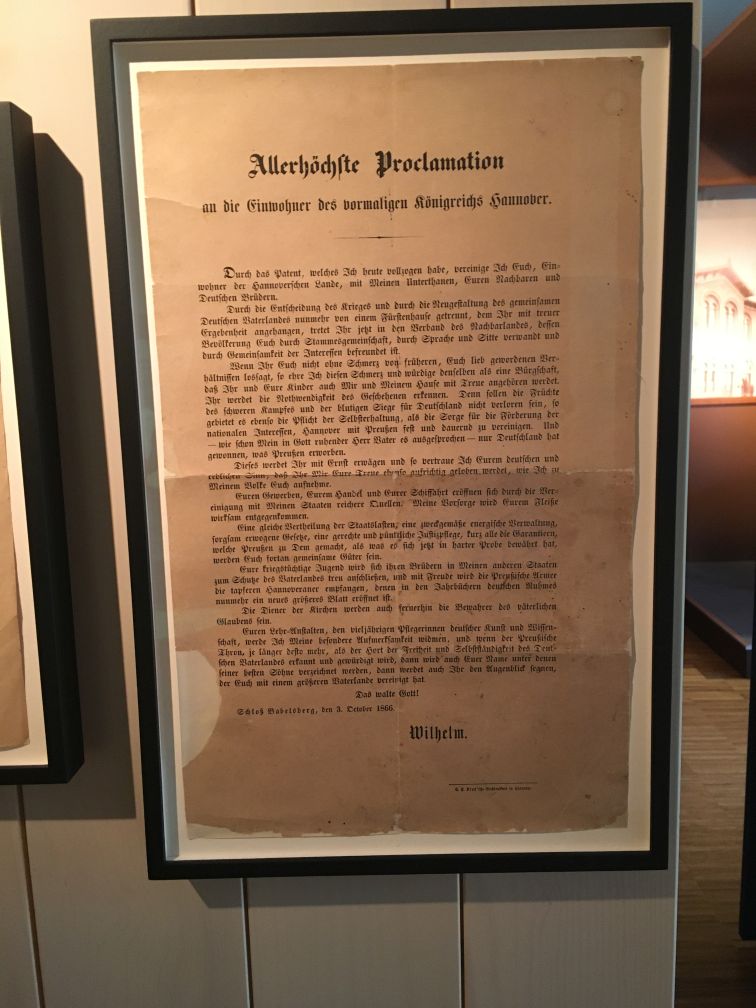 The Prussian King Wilhelm welcomed his new subjects with this letter. He describes the takeover of Hanover as an act of the “new formation of the common German Fatherland.” And indeed, only five years later the new German Kingdom was founded. The King of Prussia became the German Emperor. 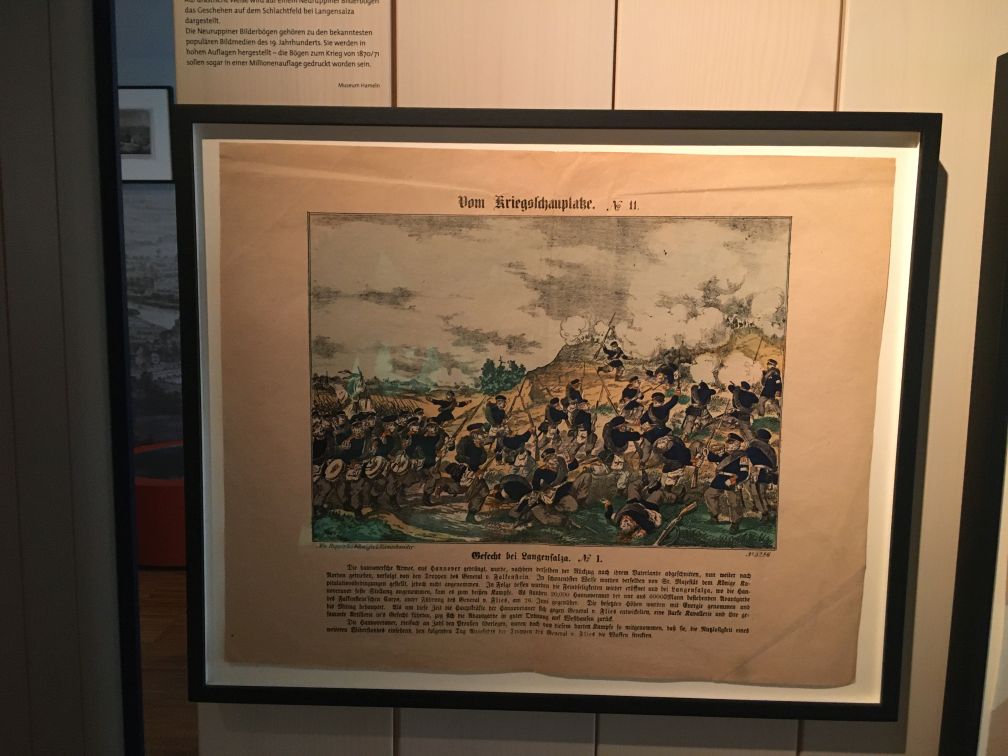 The Battle of Langensalza, © Museum Hameln

The Battle of Langensalza

The events on the battlefield at Langensalza are represented in a drastic way in a Neuruppin illustrated broadsheet.

The Neuruppin illustrated broadsheets were among the best-known popular picture media of the 19th century. They were produced in large print runs – the broadsheets on the war of 1870/71 were even said to have been printed in an edition of one million copies. 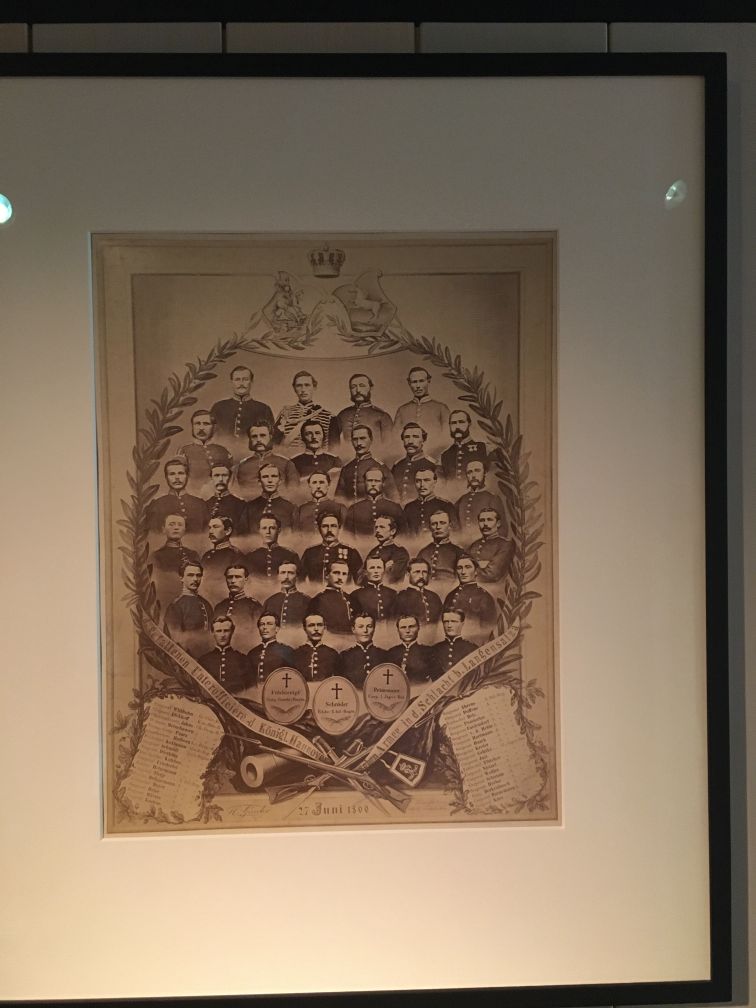 The portraits of the fallen Royal Hanoverian non-commissioned officers are in veneration of the military. Their names are listed on stylised gravestones. The military hierarchy was also preserved in death: The fallen officers are represented in another collage.

The picture was donated to the museum in 1901 by the retired Major General Ernst Köhler. 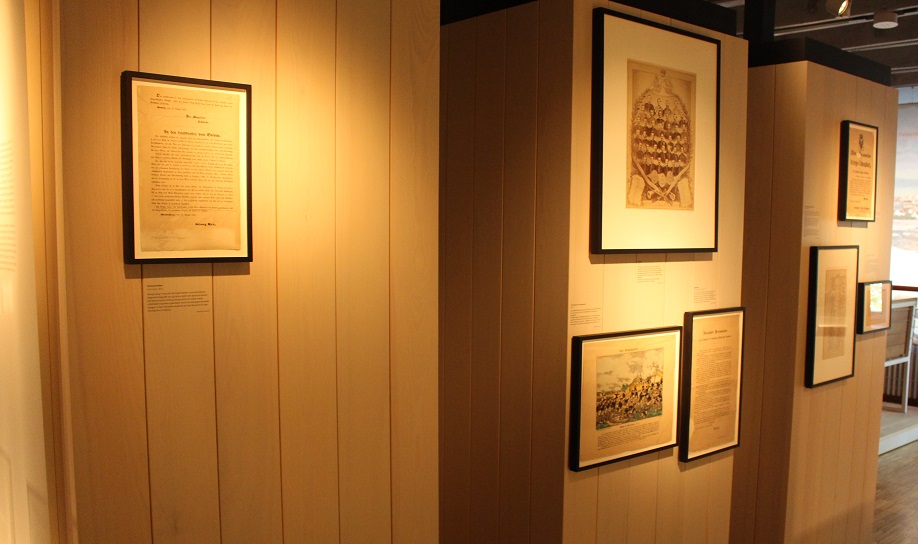 Letter of thanks, © Museum Hameln

King George V visited the city of Hamelin and was enthusiastically greeted, like the German Emperor 48 years later. George’s conservative position was highly popular among many of his subjects. They were also opposed to changes. In the letter, the monarch offers thanks for the friendly reception.