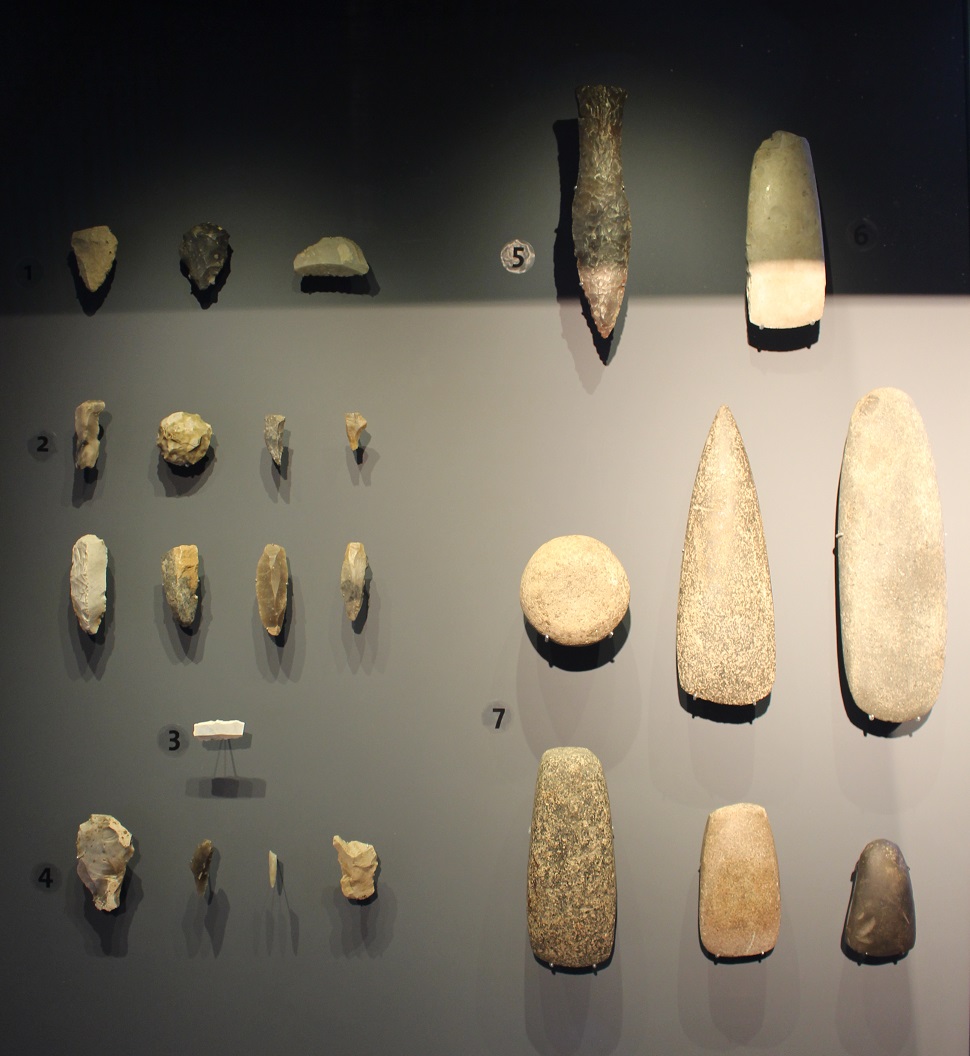 At the end of the Neolithic period, artisans that specialised in the processing of flint came into competition with bronze casters.  The stone-beaters further refined their technology in order to compete.

The middle ridge of this dagger shows how highly developed the craftsman’s art was.  He clearly copied shapes as they were cast in copper or bronze.

Axes with blades made of flint represent the usual tool for woodwork in the Mid to Late Neolithic Age. The blades, first struck into shape and then with painstaking work polished on quartzite slabs, were set in wooden handles. Such tools are sometimes more effective than modern steel axes.

Neolithic Age farmers also used other stones in addition to flint to produce axe blades.  The effusion or sedimentary rock used here was usually processed when there were no flint deposits locally.

The production functioned differently than with flint: Larger raw pieces were portioned using saw cuts.  The final shape was achieved by pecking with a hard hammer stone. 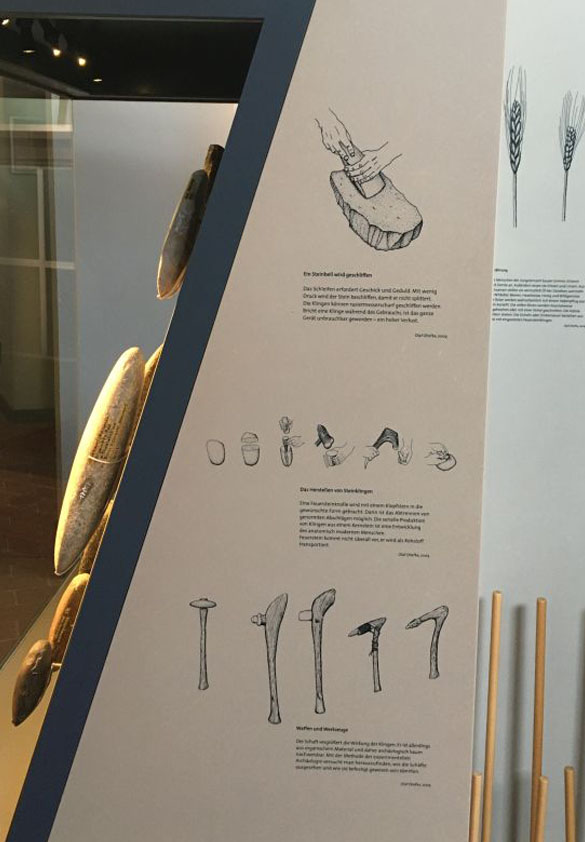 Illustrations on side of the showcase

A stone axe is sharpened

The polishing requires skill and patience.  The stone is whetted using light pressure so it does not splinter.  The blades can be polished until razor-sharp.

If a blade breaks during use, the entire tool is unusable – a heavy loss.

A flint nodule was shaped as desired using a hammer stone.   Then the separation of standardised fragments was possible.  The series production of blades from a core stone was a development of the anatomically modern human.

Flint does not occur everywhere naturally, and so it was transported as a raw material.

The shaft increases the effectiveness of the blades.  However, since it was made of organic material, there is hardly any archaeological evidence for it.  Using experimental archaeological methods, it has been attempted to discover how the shafts could have looked and could have been fastened.

The people of the Neolithic era cultivated emmer, einkorn wheat and barley. They also ate peas and lentils. They presumably produced oil from linseed.  In addition, they gathered wild fruit, berries, hazelnuts, honey and wild vegetables.  The farmlands were probably worked using a wooden hook plough.  The ripe wheat ears were broken off in tufts or cut with a sickle.  The stalks remained behind. The sickles or harvesting knives were made of wood with flint blades.